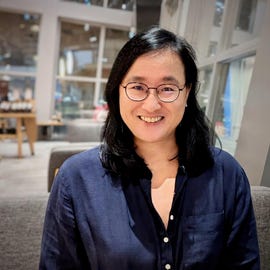 Currently an independent business tech journalist and panel moderator based in Singapore, Eileen Yu has over 20 years of industry experience with various publications including ZDNET, IDG, and Singapore Press Holdings. She covers indust…ry developments in Singapore and other Asian markets, with special focus on China, and aims to drive discussions around cybersecurity, data, and government policies. Eileen majored in Journalism at The University of Queensland, Australia, where she wrote an honours thesis titled: To Censor or Not: The Great Singapore Dilemma.

Galaxy Fold to unfold in Singapore on September 18

Initially slated for launch in April, the Samsung foldable smartphone will be available in Singapore at the recommended retail price of SG$3,088, with the Cosmos Black model to be launched first on September 18, followed by the Space Silver on September 21.

Chinese tech giant's online advertising revenue grew 49.9 percent for its fiscal 2017, which saw its profit grow to US$11.09 billion on overall revenue hitting US$36.39 billion.

Consulting firm says it has purchased Singapore-headquartered Rainmaker Labs in a move to beef up its digital and mobile offerings.

SG Bike has partnered local telco M1 to assess the use of Narrowband Internet of Things to more accurately identify the location of parked bicycles.

Korean carmaker does not reveal how much it is investing in the Southeast Asian ride-sharing operator, but says the two companies will jointly develop mobility services.

BlackBerry faces competition in APAC, but can tap existing customer base

Having switched focus to software and security, BlackBerry will be challenged by the likes of pure-play vendors such as Symantec and Trend Micro, but can build on customer base in Indonesia and India.

Singapore employees not getting the IT support they want

Some 24 percent of employees feel they aren't getting the right technology tools at work to facilitate effective communication, with 39 percent spending eight working days a month away from their desks.

Trapped in the desktop era, browsers still are not optimised for wireless and mobile environments, giving smaller makers an opportunity to catch up.

Led by Nanyang Technological University and NXP Semiconductors, the consortium provides a testbed to develop and trial technologies such as smart traffic systems and environmental sensors.