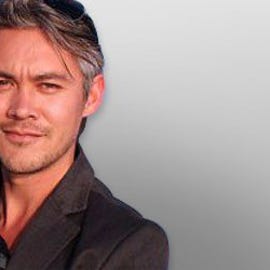 Liam Tung is an Australian business technology journalist living a few too many Swedish miles north of Stockholm for his liking. He gained a bachelor's degree in economics and arts (cultural studies) at Sydney's Macquarie University but hac…ked (without Norse or malicious code for that matter) his way into a career as an enterprise tech, security, and telecommunications journalist with ZDNet Australia. These days Liam is a full-time freelance technology journalist who writes for several Australian publications, including the Sydney Morning Herald online. He's interested primarily in how information technology impacts the way businesses and people communicate, trade, and consume.

Liam Tung has nothing to disclose.

Superfast? Not so much: VDSL and copper to dominate Europe's broadband to 2020

New technology and cost will keep copper in most of Europe's networks by 2020.

Security experts warn of a new wave of crime with the drastic rise in personalised phishing campaigns, with social networking at the heart of the problem. AusCERT's general manager Graham Ingram said on Tuesday that social networking sites -- such as MySpace and Facebook -- are having an enormous impact on security because of people's willingness to share personal information.

Ditching broadband and landline providers to get easier for UK subscribers

The UK's regulator wants switching to be simpler for consumers and may tackle mobile and pay TV next.

Copper thieves continue to cause troubles for UK broadband users.

Huawei is hoping for an uptick in the growth of its smartphone business over the next five years, even as some of its networking rivals abandon the space.