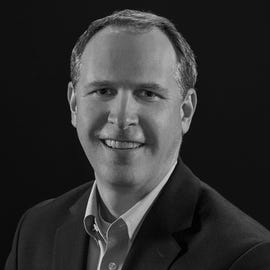 James is a senior advisor to Brighten Park Capital, a private equity firm based in Greenwich, CT. He is also an advisor to several other firms, including Red Ventures where he previously held the role as the company's global Chief Technolog…y Officer overseeing the company's technology initiatives and engineering organizations. Prior to joining Red Ventures in 2018, James was the Chief Information Officer for AOL where he was responsible for the company's overall IT infrastructure including AOL's global data centers, public and private cloud services, and supporting all of AOL's consumer facing applications and advertising services. Prior to AOL, his previous roles include consulting and service delivery for Perfect Sense Digital, where he filled in as interim CTO at SnagFilms, consulted at Scripps Network Interactive, and lead a team of developers replacing Internet Broadcasting's content management system. James is a current member of the Hewlett-Packard Enterprise Americas Board of Advisors. Previously, he served on the Executive Technical Advisory Board for Intel Corporation, the Amazon Web Services CIO Advisory Council, and was a board member for the non-profit Technology Business Management Council where he chaired the Standards Committee. James is an upstate New York native and holds a computer science degree from State University of New York at Oswego. He writes about creativity, human behavior, leadership, technology, and changing culture at www.paradoxpairs.com.