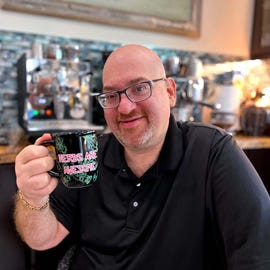 The 5 best vegan chicken nuggets: We taste-tested them for you

What are the best vegan chicken nuggets? Our number one pick are the Impossible Chicken Nuggets. We tested and analyzed calories, macros, taste, texture, and more.

Devices and Operating Systems for the Future (Podcast)

August 7, 2012 by Jason Perlow in Innovation

Volkswagen Passat TDI is today's car of the future

Looking for excellent engine performance, reliability and gas mileage, with quality construction in a roomy sedan with sporty looks that's made in the USA? Then look no further than VW's Passat TDI.

To the Moon: Grumman, the company that built Apollo 11's Lunar Module

Our fourth and final installment in our series is about Grumman, the company which built the Lunar Module (LEM) which made the historic manned landing on the Moon's surface on July 20, 1969.

Got an iPhone? You may never need to worry about turning on (or off) the lights ever again.

December 30, 2013 by Jason Perlow in Innovation

What happens if we progress to a culture dominated by augmented reality and lifelogging?

The Technological and Economic impact of a New Cold War

Cummings of the Daily Express, 24 August 1953, "Back to Where it all Started"The events of the last several weeks surrounding Russia's invasion of Georgia and its recognition of the rogue provinces of South Ossetia and Abkhazia have threatened to spiral into another Cold War and set US and Russian relations back to the early 1960's. No, let me rephrase that -- I think we already HAVE set U.

September 1, 2008 by Jason Perlow in Innovation

September 21, 2017 by Jason Perlow in Innovation

Leonard Nimoy: Mr. Spock is my IT hero. How about you?

For Jason Perlow, and millions of young TV viewers, Nimoy's portrayal of Star Trek's Mr. Spock was an inspiration to enter the fields of science and technology.