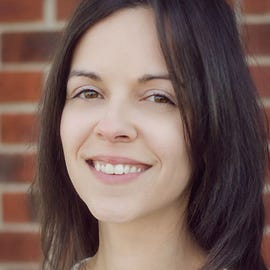 Natalie Gagliordi is a senior writer for Red Ventures based in Louisville, Kentucky, covering business technology for ZDNET.

Natalie Gagliordi has nothing to disclose. She does not hold investments in the technology companies she covers.

Orchard Laboratories makes the Orchard and Fig applications - popular projects to come out of the Docker open source ecosystem.

Red Hat said subscription revenue was up 22 percent year over year to $683 million.

Census for open-source apps kicks off

Project expects to offer the first detailed look at how businesses are using open-source software and how widespread it's become.(By Matthew Broersma of ZDNet UK)

Red Hat said FeedHenry is an important addition to its JBoss xPaaS for OpenShift strategy, which provides a platform and services for mobile developers and applications.

The core idea is to run TensorFlow jobs as reliably and flexibly as other first-class citizens on Hadoop.

Red Hat said it will use the deal to bring StackRox's security software to its OpenShift Kubernetes platform.

GitHub Desktop for Mac and Windows allows developers to contribute OSS projects and collaborate on code across operating systems.

Brocade says the controller was built continuously from the OpenDaylight Project, the company's open-source initiative focused on growing SDN and NFV technology.

The open-source game hosting platform is built on top of Kubernetes and developed in partnership with gaming giant Ubisoft.

"There's an extremist fringe of Linux loonies who hang out on forums and are disrespectful and threatening because you disagree with them" Laura DiDio, an analyst at the Yankee Group has been under attack by critics in the Linux community who say that the researcher's surveys comparing Linux and Microsoft Windows are biased in favor of Redmond. As a rule of thumb, any comparative report from the analyst community that involves open source software should be met withsome degree of uncertainty.