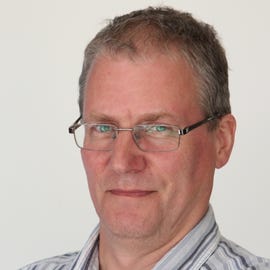 Hello, I'm the Reviews Editor at ZDNet UK. My experience with computers started at London's Imperial College, where I studied Zoology and then Environmental Technology. This was sufficiently long ago (mid-1970s) that Fortran, IBM punched-ca…rd machines and mainframes were involved, followed by green-screen terminals and eventually the personal computers we know and (mostly) love. After doing post-grad research at Imperial for a while, I got involved in helping to produce a weekly news magazine based in Amsterdam. This was in the mid-1980s, and one of my duties was to set up data communications links with technologically-challenged national newspaper journalists in a number of European cities via a 300-baud modem and an acoustic coupler. Tech support people have my sympathy! I've been in computer publishing since the late 1980s, starting with Reed Business Publishing's Practical Computing, then joining Ziff Davis in 1991 to help launch PC Magazine UK as Production Editor. After a couple of years I switched to commissioning, editing and writing, becoming a Technical Editor and then First Looks Editor. When ZDNet came looking for a Reviews Editor in 2000, I was ready to make the move from print to online — just in time for the dot-com crash! It's been a long road from punched cards to the cloud, but it'll still be fun seeing where we go from here.

Charles McLellan has nothing to disclose. He does not hold investments in the technology companies he covers