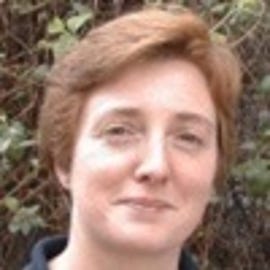 Sandra is a freelance IT writer with extensive experience across both business and consumer audience. She is equally at home writing a smartphone review as a research report for an international telecoms company.

3G modems that connect to your notebook via USB are nothing new, but Orange's <a href="http://www.business.orange.co.uk/servlet/Satellite?pagename=Business&c=OUKDevice&cid=1044136297758">Orange's Option ICON2</a> is different not only in looks but also in its support of 7.2Mbps connections. Should you get excited about the high speed? Only if you don’t mind buying now in order to reap the benefits in the future.

<p>Towards the end of last year, we reviewed <a title="Vodafone Mobile Connect USB Modem" href="http://reviews.zdnet.co.uk/hardware/networking/0,1000000697,39284799,00.htm?r=1">Vodafone's USB 3G modem</a>. By contrast with other PC Card-based modems, this was a plug-and-play device that was simplicity itself to use, which was enough to earn it an Editors' Choice award. Not to be outdone, T-Mobile has launched a rival. As more notebooks begin to incorporate SIM card slots, the long-term value of separate modems may be limited. But&nbsp;if you don't have&nbsp;built-in SIM support, the plug-and-play approach has immediate appeal.</p>