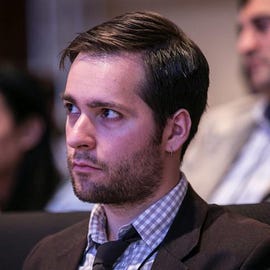 Are Google's efforts to digitize the world's books to make them searchable and available to all a monopoly or public service?

A federal court has dismissed a Broadcom complaint against rival Qualcomm, the latest in the companies' lengthy battle over mobile phone technology patents, Qualcomm said on Monday.In October 2008, Broadcom charged that Qualcomm's misuse of patents resulted in a "double recovery" of royalties, a potential windfall for Qualcomm.

Talk about a lot of brainpower.IBM said today that it became the first company ever to win more than 4,000 U.

The Finnish company has added another five patent infringements to its suits against Apple, including technologies on the iPhone and iPad

Best Buy CEO Brian Dunn throws in the towel, underscoring the fact that the tech retailer is still stumbling online and off. Can an Amazon or Apple alum turn the ship around?

AOL strikes a deal with Microsoft to sell and license hundreds of patents. The move gives AOL a massive injection of cash. Now what, Tim Armstrong?

The Able Planet Clear Harmony NC200 headphones offer active noise cancellation in a foldable, flight-friendly design for a low price. But the comfy headphones may prompt you to look beyond the spec sheet.