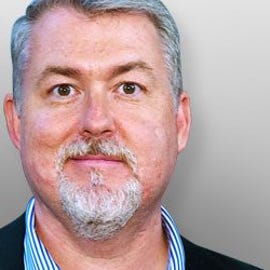 Dion Hinchcliffe is an expert in information technology, business strategy, and next-generation enterprises. He is currently VP and Principal Analyst at Constellation Research as well as Chief Strategy Officer at 7Summits. A veteran of ente…rprise IT, Dion has been working for two decades with leading-edge methods to bridge the widening gap between business and technology. He has extensive practical experience with enterprise technologies and he consults, advises, and writes prolifically on social business, IT, and enterprise architecture. Dion still works in the trenches with clients in the Fortune 1000, government, and Internet startup community. He is also a sought-after keynote speaker and is co-author of several books on 2.0 subjects including Web 2.0 Architectures from O'Reilly as well as the best-selling Social Business By Design from John Wiley & Sons (May, 2012.)

While the big data buzz is making the headlines, it's also fast-becoming a genuine force in deriving strategic insight and actionable business intelligence from social media, as we see in each of these compelling case examples.

In their social business effort, the luxury goods designer was clearly thinking big: A true digital company must use digital channels through and through for all interaction.

Social business adoption in the workplace

What does becoming a social business actually entail? A practitioner in the trenches shares his top strategies and techniques for driving engagement with social tools.

More organizations shift to Web 2.0 while IT departments remain wary

A couple of recent announcements from two large, very well-known organizations provides some interesting data points on how Web 2.0 is affecting the product designs and business processes of otherwise very traditional institutions. Both USA Today and the U.S. Patent and Trademark office have recently unveiled strategies for letting their users use two-way Web capabilities to contribute directly to the products and services they offer. And many other mainstream companies, such as Pepsi as well as GM and XM Radio have been exploring externally-facing Web 2.0 concepts in their products for a while now.

The state of Enterprise 2.0

Industry analysts, CIOs, and business leaders around the world are continuing to try to read the industry tea leaves in 2007 when it comes to the subject of Enterprise 2.0, the increasingly popular discussion of using Web 2.0 platforms in the workplace. The primary topic of interest? Whether Enterprise 2.0 brings real bang for the buck by making the daily work of organizations measurably more productive, efficient, and innovative. Investors and executives are just not going to make significant bets on Enterprise 2.0 in terms of resources and risk exposure without good information on the likely returns of implementation.

Though the eponymous title of this blog refers to the application of all aspects of Web 2.0 to the enterprise both large and small, the big story this year has really been about a collaborative subset of Web 2.0, something referred to as Enterprise 2.0. Though the definition has continued to expand in some circles, Enterprise 2.0 describes the use of the latest freeform, emergent, social software tools that hold the promise to significantly improve the ways that we work together and collaborate. As an example, the liberal use of internal blogs and wikis with discoverable content frequently forms the foundation of an Enterprise 2.0 software strategy.

While 2006 was a big year for Web 2.0 in the consumer space, it was barely on the radar in the enterprise world. That didn't stop volumes of press coverage, speculation, and debate about how applicable Web 2.0 technologies -- from Ajax to social networking -- would actually be to the business world. However those in the enterprise who wanted to go ahead and experiment or conduct pilot projects to see how Web 2.0 concepts work for them were largely stuck with very consumer-oriented Web 2.0 applications to try out. That's because until recently, the major software makers that supply the application platforms that run in the vast majority of the business world haven't had applications that specifically focused on Web 2.0 patterns and practices, things like social networking, tagging, mashups, architectures of participation, and so on.

I explored the rise of Enterprise 2.0 this year in last week's year in review post, but 2007 will likely prove to be a much more intriguing year for the trend. The demand side of Enterprise 2.0 is driven from a variety of sources that likely include a "long tail" of demand for on-the-fly IT solutions as well as the promise of enabling true collaborative problem solving (tacit interactions). But is the real story more complicated than a couple of causal roots?

Last week’s Enterprise 2.0 Conference in Boston has been over for a few days and coverage continues to pour out in the mainstream press and the blogosphere, including here on ZDNet where fellow bloggers Dennis Howlett, Oliver Marks, and others have had excellent coverage. I was there early in the week and there was a palpable sense of interest from attendees to understand the current state of this emerging industry.

In Europe's biggest firms, social business is all grown up

Case studies demonstrate that some of the world's largest companies are now making advanced use of social tools in the way that they work. Is Europe leading the way?