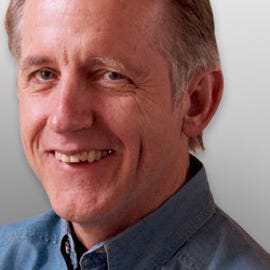 Every installation of Windows 10 includes a huge collection of built-in apps. Some are Universal apps that are updated from the Microsoft Store. Others are legacy apps that hang around because other programs expect them to be there. If you prefer a tidy system, many (but not all) of these apps can be uninstalled, especially if you prefer a third-party alternative. This gallery offers a comprehensive look at how to unclutter your copy of Windows 10.

A clean install is the perfect way to get a fresh start with a Windows PC. Use this checklist to make sure you take care of the small details that make a big difference in productivity

This free Windows 10 upgrade offer still works. Here's why -- and how to get it

Windows 10 tip: Check the performance of your laptop battery

A powerful but obscure command-line tool lets you see at a glance how your portable PC's battery is performing and how much battery life you can expect from each charge.

Will your PC run Windows 10? Use the official compatibility checker to find out

The Get Windows 10 app lets you register for a free upgrade from Windows 7 or Windows 8.1. But it also keeps a list of potential upgrade issues you might need to deal with. Here's how to check your own compatibility report.

Windows 10 tip: Find out if your PC can run Hyper-V

The Pro and Enterprise editions of Windows 10 include Hyper-V virtualization software, but only if your CPU supports a few advanced virtualization features. How do you know if your CPU is up to the Hyper-V challenge? You just need to know where to look.

Windows 10 tip: Search for any file by date

Finding the right file can be frustrating, especially if you have a large number of files in multiple subfolders. If you know approximately when that file was saved, though, you can narrow the search quickly.

The best and worst Windows versions ever

By my count, Microsoft has released at least 10 distinct versions of Windows since 1990. Some evoke fond memories, some not so much. Which version was the best, and which was the worst? (Hint: They were released within a year of each other.) Read my ratings and then add your own.

Windows 10 upgrades won't be free for everyone: Do you qualify?

Microsoft's free upgrade offer for Windows 10 comes with an asterisk and some fine print. Most modern PCs qualify, but beware if you build or buy custom PCs or you want to run Windows 10 in a virtual machine. I've got the details.