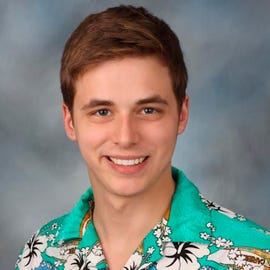 Jake Smith has worked for a variety of technology-focused publications over the years, covering Apple's smartphone rise as an editor at 9to5mac and the explosion of the consumer tech obsession for Pocket-lint as US News Editor. Jake current…ly attends the University of Kentucky, studying finance, and thinks drones will be the next big thing.

Alphabet's Google is closing a niche product after one year.

Google's antitrust legal issues in Europe are growing, and the latest ruling out of Russia doesn't help the search giant's cause.

Is this the start of a serious VR craze? Google is working on a virtual reality headset to take on Facebook's Oculus and Samsung's Gear VR, according to a new report. But in Google's case, the software is what's important.

You better get used to wearables: The jacket is machine washable -- as long as you take out the sensor.

The push for a sale comes after Google's acquisition of Boston Dynamics in 2013 and Amazon is a possible buyer.

Google is closing down the desktop-based photo organizer it bought in 2004 to focus on Google Photos.