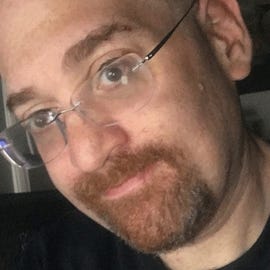 Two weeks ago, I kvetched about my wretched existence of having to carry two separate mobile devices for Voice and Data use -- a regular 3G cellphone and my inseparable BlackBerry 8820. Apparently, I'm not alone in this situation: some of you told me that you even carry two or more separate cell phones to have two phone numbers, one for work and one for personal use, and this doesn't count the other kit you have to carry with you, such as your MP3 player, your GPS unit and your camera.

Almost a year after its launch, are the improvements in RIM's tablet OS good enough to fend off the Apple and Amazon juggernauts?

February 21, 2012 by Jason Perlow in BlackBerry

Market research from Canalys indicates that Android's gains are at the expense of RIM's BlackBerry, the traditional enterprise mobile bastion.

The PlayBook's Android Player in the 2.0 developer release is functional, but it still needs a bit of work and applications will have to be adapted to run smoothly.

Conceptual Rendering by Brandon PerlowOver the last few months I’ve been thinking about how Yahoo! might be able to leverage its assets in order to better compete with Google.

Lazaridis and Balsillie: The two RIM hosers that destroyed the BlackBerry empire

The shamed former Co-CEO's of Research in Motion will be always remembered as the Bob and Doug McKenzie of the smartphone industry rather than the giants they should have been.

BlackBerry 10 needs more than Flow for RIM to swim

Research in Motion needs compelling devices, excited consumers and strong developer commitment if the company has any chance at all in chasing a saturated mobile operating system market dominated by Apple, Google and even Microsoft.

September 30, 2012 by Jason Perlow in BlackBerry

Alas, Poor Blackberry, I knew him.

After two and a half years with the BlackBerry platform, my romance with Research In Motion has come to an end. October brings the Fall.

September 30, 2009 by Jason Perlow in BlackBerry

RIM and Google: The Perfect Storm?

A "Perfect Storm": The Linux-based Android OS, and tight integration with Google's web services, running on  BlackBerry hardware and connected to RIM's corporate messaging/calendar syncing infrastructure would be an unstoppable mobile enterprise device platform that not even Apple's iPhone, Windows Mobile or Palm webOS could dare to challenge. But could the marriage ever be consummated?

Research In Motion, you clean OUR balls at YOUR cost.

September 8, 2009 by Jason Perlow in BlackBerry