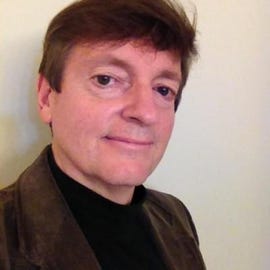 Joe McKendrick is an author and independent analyst who tracks the impact of information technology on management and markets. As an independent analyst, he has authored numerous research reports in partnership with Forbes Insights, IDC, an…d Unisphere Research, a division of Information Today, Inc. Joe speaks frequently on cloud, data, and enterprise computing topics at industry events and Webcasts. He is co-author, along with 16 leading industry leaders and thinkers, of the SOA Manifesto, which outlines the values and guiding principles of service orientation. In a previous life, Joe served as director of the Administrative Management Society (AMS), an international professional association dedicated to advancing knowledge within the IT and business management fields. He is a graduate of Temple University.

Joe McKendrick has no direct investments in the companies he covers. He is contracted for research work for Forbes and Information Today that is sponsored by various software and technology solution providers. Over the past two years, sponsors have included AWS, Dell, Microsoft, Oracle, Red Hat, and VMware. These engagements are disclosed on any blog posts mentioning these companies.

For some companies, IT and business are one in the same -- employees and managers even swap roles in and out of IT-related positions.

Can we really, really, trust the cloud?

Trust in the reliability, availability, and security of services is the glue that holds SOA and Web oriented architecture together

World's biggest compute job... to be done by pen and paper

The US Census Bureau, which is charged with counting and analyzing the nation's 300 million residents in 2010, has just admitted that its technology is not ready for the job. And what was originally touted to be the first "high-tech count in the nation's history" will still be a highly manual process.

SOA, Enterprise Architecture, BPM all the same underneath

At the end of the day, SOA, Enterprise Architecture, and Business Process Management all address the same problems

Why business process management and complex event processing are converging

The combination of BPM and complex event processing means 'process monitoring on steroids.'

The government is hungry for computer security experts, and the private sector is likely also to feel the pinch.

The vanishing IT department

By 2015, many IT departments will only be a quarter of their current size, and eight out of ten IT dollars going to outside service providers.

Lean IT, agile development, and cloud are converging to create a software revolution that extends beyond industrialization, researchers say.

Time for business architecture that reflects entire business design, from the point of view of business designers and owners, rather than IT solution delivery. CIOs need to lead the way.