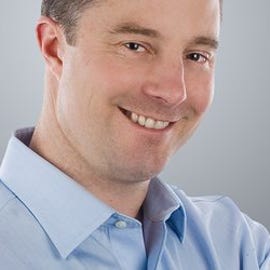 John Morris is a former executive editor at CNET Networks and senior editor at PC Magazine. He now works for a private investment firm, which may at any time invest in companies whose products are discussed in this blog, and no disclosure o…f securities transactions will be made. No investment advice is offered in this blog. All duties are disclaimed.

John Morris is a former executive editor at CNET Networks and senior editor at PC Magazine. He now works for a private investment firm, which may at any time invest in companies whose products are discussed in this blog, and no disclosure of securities transactions will be made. No investment advice is offered in this blog. All duties are disclaimed.

It looks like Huawei's dual-OS smartphone is going the way of the Asus Transformer Book Duet. The concept of a device that can run both Android and Windows holds a lot of appeal. But as long as Google, Microsoft and Apple have competing ecosystems, it is unlikely to see the light of day.

Windows 8 launch: Microsoft makes the case for the PC

The Windows 8 launch today put to rest rumors that Microsoft is running away from the PC. Instead the company made the case that Windows 8 is the foundation for the "best PCs ever made"--ones designed to work as both laptops and tablets, and for both work and play.

The state of Windows 8 apps

Both Windows RT and Windows 8 still have some rough edges, but things will improve quickly as developers fill in the holes in the Windows Store, and both the built-in and third-party apps add features.

Which Windows will make for a better tablet?

With the Release Preview due in a few weeks, there are still many questions about Windows 8 and Windows RT. They look similar--and share a lot of the same code under the hood--but there significant differences. Which will be better on tablets?

Details on HP's Ion-powered netbook, Windows XP not dead yet

Almost nine months to the day after Nvidia announced its Ion Platform, the first real netbook to make use of the technology has finally shipped. HP announced the Mini 311, an 11.

Desktops get little love these days as more and more users opt for notebook PCs. Laptops have closed the gap in recent years in terms of features and performance.

Dell will announce its netbook, the Mini Inspiron 910, tomorrow, according to a story in today's WSJ. The new netbook had been expected any day, but the details came to light after a partner, Box.

When Asus first unveiled its Eee PC at Computex in 2007, the industry viewed it as curiosity. One year later, Asus says it has sold more than a million Eee PCs and a new category, the ultra low-cost PC, is suddenly one of the biggest trends at this year's tradeshow.

Rumors of Windows XP's demise have been greatly exaggerated. I wrote about Dell's downgrade program in a post earlier this week. Now HP and Lenovo also plan to offer Windows XP to business customers after Microsoft's official cut-off date of June 30.

It's been a rough couple of weeks for the operating system everyone loves to hate.