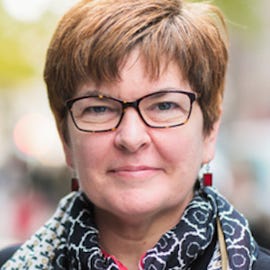 Six clicks: What we know about Microsoft's Internet of Things strategy

Microsoft has put in the groundwork to establish a base for its Internet of Things plan to explore software for everything from cars to wearables. Now comes the hard part - making it work.

Six clicks: What we think we know about Windows 9

It's not scheduled to arrive for just a little more than a year from now but here are early details about what to expect with Microsoft's next big Windows release.

A Microsoft TechEd picture is worth a thousand words

Slides from various presentations at Microsoft TechEd 2011, which was held the week of May 16 in Atlanta.

Microsoft Office 365: Is there a plan and pricepoint that's right for you?

With Office 365, Microsoft is planning to offer a number of different plans at a variety of price points, hoping to entice enterprises, SMBs and academia to choose Microsoft over Google Apps and other competitors.

Here are some screen shots showing the new user interface that Microsoft is planning to introduce as part of its Bing Spring 2010 refresh.

For the past few months, Microsoft has been touting the same handful of new Windows Server 2008 R2 features: DirectAccess, BranchCache and live migration with Hyper-V. But there are more than 100 new features in this 'minor' update to Windows Server. Here are 10 that IT pros might not know about -- but should.

Slideshow: A look ahead at Microsoft's FY 2010 launch plans

Here are some must-see slides from Microsoft's Worldwide Partner Conference detailing the company's year-ahead launch schedule for some of its key products.