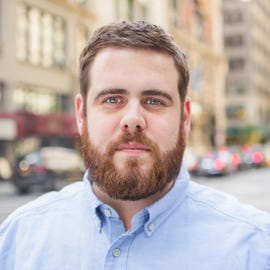 After an abysmal quarter, posting a loss and warning that the telecoms equipment maker may have to sell off assets, the firm is reportedly in financing talks with Goldman Sachs.

Time is inching its way through the season, and is now slowly approaching the back-to-school month. With only a few weeks to go until you pack up your things, get dropped off by your parents or make your way cross-country to your academic residence, hopefully you'll be taking a whole load of brand new technology with you.

Besides the "femtocell" sounding like a robotic sex toy or an individually wrapped feminine hygiene product, in technological terms it is a router-like device which converts a portion of your broadband bandwidth to provide you with a compact cell network in your house.The concept is a relatively simple one.

Tagging: the most crucial technology from Microsoft to date

Tagging is quite possibly the most excited product I have seen from Microsoft in my lifetime, and that is truly saying something. Written

University students sends city of Canterbury to the dial-up age

With three universities, two colleges and multiple schools all arriving back at their desks at the same point in time, especially the migration of students flocking back to the city, has left my home, the historic city of Canterbury, with crawling broadband speeds.I don't often write Doomsday or "oh crap, it's the end of the world" posts which depict destruction, death to many and widespread panic.

I've been tagged: 25 tech things about me

I saw this and didn't realise the consequences of my actions; now as a result, I feel I must carry on with the burden that this "super-ultra-mega dare" has in the natural law contract of life, the Universe and everything. Plus, it'll make a semi-interesting post.

Fifth-place cellular network MetroPCS, currently in a bid to merge with fourth-place T-Mobile, reports another knock-out quarter -- including adding more than 1 million LTE subscribers to its roster.

Verizon's Q1 earnings are out. Revenue is up -- beating analysts' estimates -- as the company continues to grow its post-paid user base.

Deutsche Telekom's chief financial officer expects the merger between T-Mobile USA and MetroPCS to close by the second quarter of 2013.