X
Paid Content This paid content was written and produced by RV Studios of Red Ventures' marketing unit in collaboration with the sponsor and is not part of ZDNet's Editorial Content.
Home More Topics Misc Sponsored Content Business as usual when nothing is usual

While the changing landscape of late has left a lasting impression on Australian businesses, one positive outcome has been their rapid adoption of digital technologies.

The last six months has seen a rapid acceleration in the adoption of digital technologies across Australian organisations as they have worked to remain connected to their staff and customers.

From retailers and restaurants to government agencies, digital technology has provided the lifeline between them and the people they serve and has been a key strategy for enabling contactless and COVID-free interactions.

According to Chris Duckett, Editor of ZDNet Australia and TechRepublic Australia at CBS Interactive, the digitisation of the Australian economy has accelerated to a pace where in just six months it achieved what might have otherwise taken a handful of years. 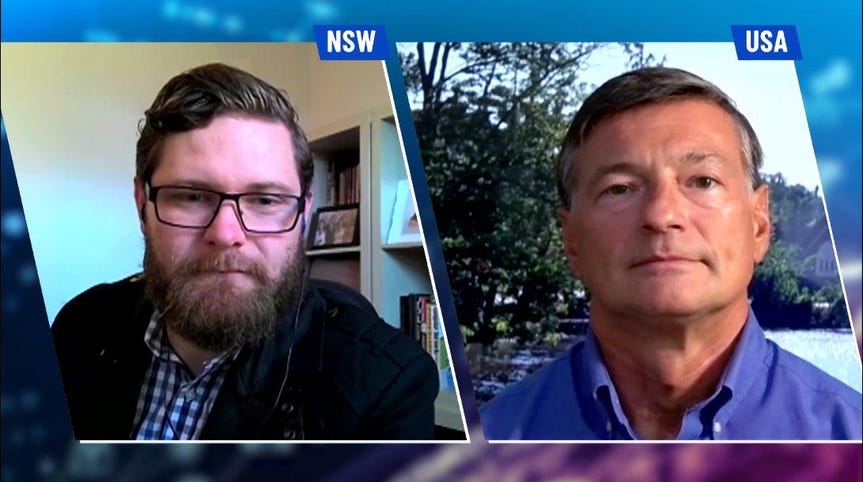 "You are seeing businesses have to have a delivery strategy if they need to get goods to customers," Duckett said. "If you are in a work environment or an office environment, you have to have a remote work policy these days. And many people have probably had in the last few months their first telehealth consultation.

"These sorts of things are really embedding themselves in the way businesses are operating in Australia at the moment, and it is going to be interesting to see how many of them stick."

This trend in Australia is being echoed in other parts of the world. The US-based Editor in Chief of ZDNet and Editorial Director at TechRepublic Larry Dignan said one of the biggest changes in the US business landscape has been the adoption of digital payments, which has, in turn, provided a huge boost to technology suppliers such as Square and Shopify.

"Their results are off the charts, and that's because all small businesses have to digitise, so they are going to places like Shopify that have turnkey technology that can help them do it," Dignan said. "And then on the consumer side, you are seeing a lot more mobile payments."

However, while all of this activity was no doubt bringing greater convenience to consumers, both Duckett and Dignan warned that citizens needed to be careful about what they were signing up for – and what they were giving away in terms of their privacy and personal data.

Dignan said this issue would become more critical as society moved increasingly to being contactless, and as technologies such as facial recognition became mainstream as a means of identification.

"So while facial recognition and biometrics might be able to cut down on germs and make things easier in some ways, there are enough privacy issues and social issues that I think mean people are going to stay away from them as much as possible," Dignan said.

Duckett warned that it was important for people to consider the ethical implications of some new technologies before embracing them. He added that these issues also needed to be considered by business owners.

"Small businesses that store biometric data need to keep that stuff as secure as possible, or risk ruining their reputation and making customers even warier of handing this over in the future," Duckett said.