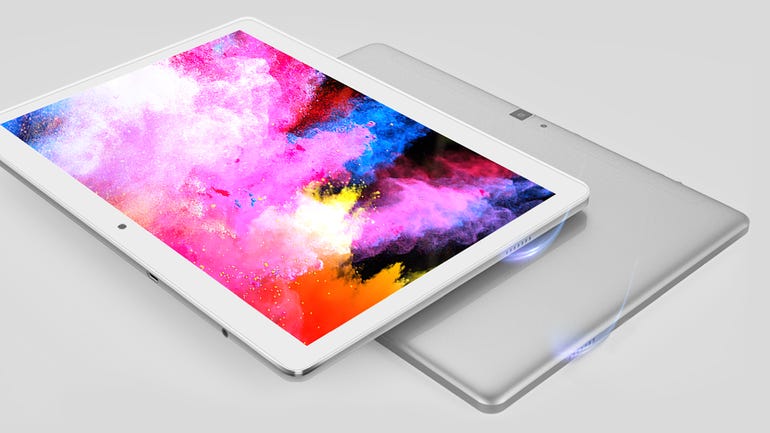 The Alldocube M5X is a nice looking mini tablet with a good build quality and a great look and feel. Its 10.1-inch display has a resolution of 2560x1600 pixels -– a little smaller than the Alldocube X tablet I looked at in February this year.

It has two SIM slots which gives you 4G LTE connectivity, a micro USB for charging, and a 3.5mm headphone jack.

Inside this tablet there is a Helio X27 deca-core 64-bit processor, 4GB of RAM, and 64GB of storage -- more than enough for  average use. The storage means that you can store about 40 movies, or up to 14,000 music files.

I liked the sound on this tablet. The M5X was designed with independent dual speakers which sound fairly good. I was impressed with the Alldocube X sound too -- a small 10.5-inch tablet -- when I reviewed it.

I was not so impressed with the cameras however. The front camera is 2MP and the rear camera is 5.0MP, with auto focus and an LED flash.

The flash was average at best and would only work for close up objects. There is about a one second lag after touching the screen and taking the image. The flash, however fired straight away.  Most of my images in low light did not come out well. Using HDR (High Dynamic Range) was much better, but taking images with HDR increased the shutter lag.

There are a few nice features in the OS for the tablet. You can keep the device unlocked when you are carrying it -- a pain if it unlocks in your bag. DuraSpeed enables you to restrict the background apps when you are running a foreground app.

Usual apps such as Google find my device, and play protect help you secure the tablet which can be secured by PIN, pattern, or password. There is no facial recognition on the device.

The sound is loud for such a small device. Only when the sound is turned up to full is there a little bit of distortion from the device. Reducing the sound to about 80 percent eliminates this issue.

However, Alldocube do recommend that you listen to audio on the M5X with its F40 in-ear headphones. The F40 come with three pairs of different sized buds for comfort.

The braided twisted wires have a protective sheath next to the ear for hygiene reasons. Unfortunately, there is no case / bag supplied, which means that they got tangled up in my purse regularly.

I did have a couple of issues with the M5X. Soon after I initially built the tablet, I received a warning about the standard font manager app. Google Play Protect pinged a warning that the app could allow unauthorized access to my data or device.

This alert happened before I had added any personal information, or connected to the Play Store. This is something that might be fixed with future updates, but I did not receive any updates during my testing of the device

Apart from that, I had no major issues and used the tablet for a while when commuting into town on the train. The battery lasted well and performance is good. For under $200, this is a nice little tablet to add to your tech collection.