Using an Apple Watch during the past 16 months was a mixed experience: one that saw Apple's first wearable launch amid high praise, confusion, and skepticism of just how much a tiny wrist-worn computer should be able to do.

Would the Apple Watch replace your iPhone? Some thought so, including yours truly -- initially at least.

Then after the honeymoon phase ended with my Apple Watch Sport Edition, I found myself reverting back to reaching for my phone to reply to incoming messages instead of handling the task on my watch, as I had for the first few months of wearing it.

My Apple Watch became a device I used primarily for quickly checking notifications and occasionally checking current weather conditions. Common tasks often took far too long, with apps frequently failing to load before the display timed out and went black.

For over a week now, I've put Apple's latest wearable, the Apple Watch Series 2 through its paces, and I'm skeptically optimistic about Apple's second attempt at a smart watch.

WatchOS 3, the third time's the charm 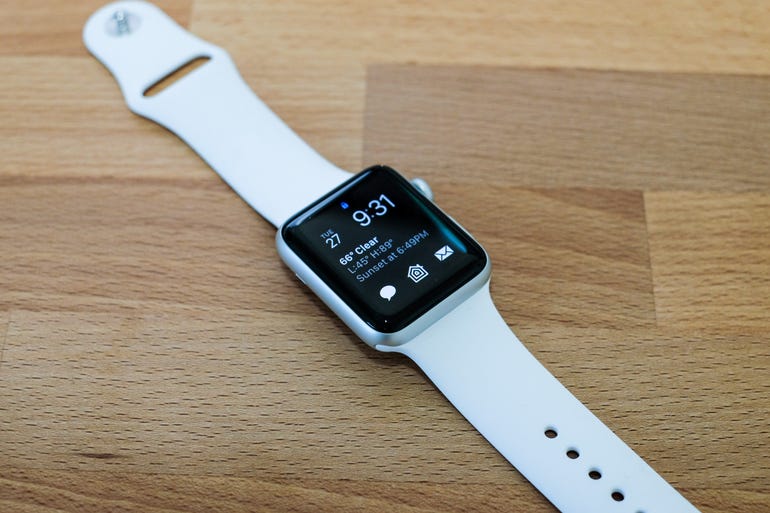 I knew Apple was making strides in improving the speed and reliability of using apps on the watch after it announced watchOS 3 -- the operating system for the Apple Watch -- in June. I, naturally, installed early beta builds of the new operating system and found the difference in app load times, without developers doing any sort of optimization, to be much faster.

Also in watchOS 3, Apple did away with app glances, replacing them with an app dock capable of holding 10 apps. When you place an app in the dock, the Apple Watch will periodically refresh it in the background, ensuring the next time you open the app it's waiting and ready for your interaction.

Scribble, a new text input method, means if you're in a meeting or crowded environment where you would feel like a total dork talking to your wrist, you can quickly write out a reply on the screen of the Apple Watch. A feature I initially pegged as a gimmick quickly turned into one of my favorite Apple Watch features.

In fact, I often use it in place of dictating a message. I've found it to be surprisingly accurate, and even when my handwriting isn't readable by the watch, I can tap on the incorrect word and scroll through alternatives. There's something fun about testing just how fast you can write on the watch's display and seeing if it can keep up.

With watchOS 3, Apple has now attempted to rethink and implement different ideas of how a user should interact with a wearable three different times. WatchOS 3 has matured, and it finally feels right.

App load times, the ability to quickly scribble a reply, and the new Control Center for critical device settings vastly improve the user experience for the better.

It's cliche to say this is what the Apple Watch should have had from day one, but it's an apt characterization of watchOS 3.

Performance gains all around

Alongside the Apple Watch Series 2, Apple announced it had developed its second S2 chip for the wearable line. According to the company, the new chip doubles performance speed.

Additionally, the Series 2 boasts a very bright 1000 nit display for easier viewing in direct sunlight, built-in GPS capabilities, and water resistance up to 50 meters for those who like to swim with the watch on. There's even this neat trick to expel water from the speakers after going for a swim using various sounds and vibrations created by the speaker.

I'm not a big swimmer nor will you find me often going for a jog or bike ride where GPS tracking is warranted. Nonetheless, I found the brighter display and water resistance appealing enough to sway my purchase decision to the Series 2.

In the spirit of fully testing the Series 2, I have used the GPS feature a couple of times. Previously, the Apple Watch would track GPS activities, but only if your iPhone was nearby and connected to the watch. With the Series 2, you can leave your iPhone in your gym locker or at home and let the watch handle the heavy lifting.

For the past week, when going for a walk, I would either leave my phone at home or turn Bluetooth off to ensure there was no connection between my watch and phone. 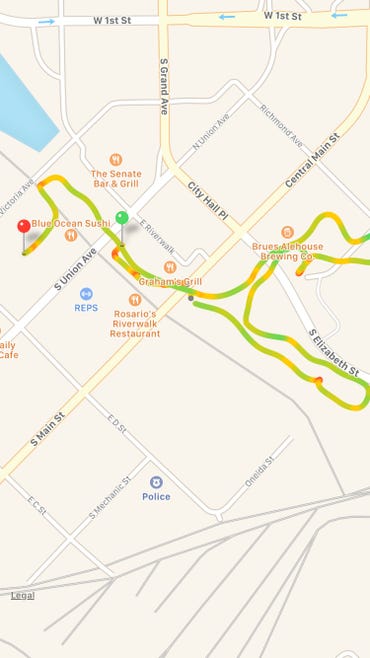 In my testing, I found the GPS on the Series 2 to remain connected and accurately report my route every time I used it.

GPS and water resistance aside, this speed gains of the S2 chip in the Series 2 are noticeable from the moment you power on the watch. Siri processes and responds to requests quicker; Scribble's transcription of my writing is almost immediate; and on the rare occasion an app has to refresh, the amount of time I spend waiting is no longer an issue. Combine the speed gains of watchOS 3 with a processor that doubles speed at which the watch handles tasks, and there's little room to call the Series 2 slow.

Apple also announced a Series 1 version of the updated watch, which features the same processor gains, but it lacks a brighter display, water resistance, and GPS tracking. It starts at $269, instead of the $369 the Series 2 is priced at.

On the outside, the Apple Watch Series 2 and the first-generation models are identical, save for a extra microphone hole and slightly increased thickness of the Series 2. The added height is to accommodate a bigger battery for the built-in GPS functionality.

As someone who doesn't go on four-hour hikes, and maybe uses GPS for around 30 minutes a day, this added battery life has prolonged the time in between charges for me.

I went from having a single day's worth of use on the original Apple Watch to charging my Series 2 every other night. That is, I can get through two days of use with about an hour's worth of GPS-use before having to charge my watch.

Granted, at the end of the second day, I'm usually dealing with low-battery prompts, but it gets there.

While the extra battery life is a pleasant surprise, I would love to go longer in between charges. Pebble has built a strong following based on battery life that pushes a week, depending on the model of watch. I want to wear my Apple Watch day and night -- tracking steps, activity, and logging sleep -- and not have to worry about a dead battery in the middle of the night.

The faster S2 processor and watchOS 3 are a dream to use, which in turn makes the Apple Watch a device I'm more likely to recommend, instead of telling people to wait for the next generation.

Those who are in the market for an Apple Watch are tasked with deciding between the Series 1 or the Series 2. For most, I suspect the Series 1 is more than enough watch.

It's going to have the same performance gains, save for battery life since it lacks GPS, and it costs you $100 less at the end of the day.

The Series 2 is designed for someone who is frequently around water and loves to run, hike, or bike. For avid iPhone users, you can't really go wrong with either model.

One month with the Apple Watch: Pain, joy, and daily experiences

The Apple Watch Sport edition has been strapped on my wrist for a month and for the most part it has exceeded all of my expectations. It's even better now that I realized I was wearing it wrong.