Asus ZenBook Pro 15 with ScreenPad: Potentially pointing to the future 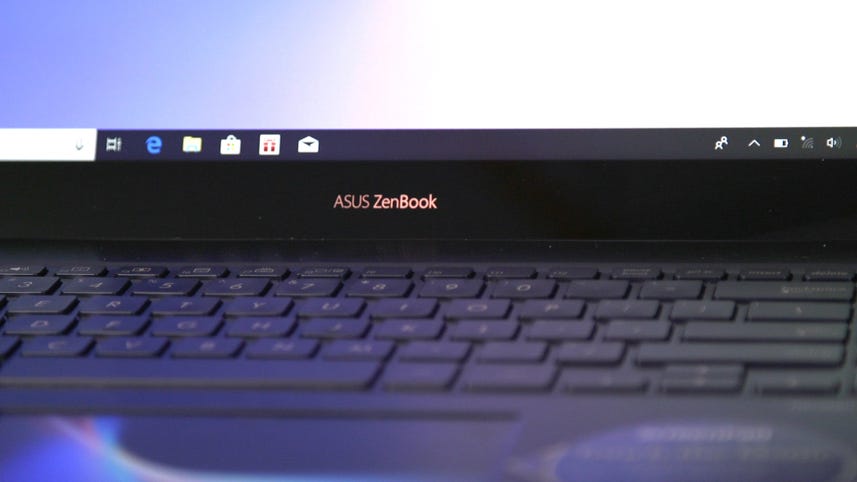 If there was a pool on which company would combine a touchpad and a display, dub it ScreenPad, and throw it onto the market to see if it stuck, Asus would definitely be one of the favourites.

The ZenBook Pro 15 with ScreenPad is an interesting experiment that points to a path the future could head down, but there is no guarantee that it will be taken. Mostly, this is due to the lack of a killer app that fulfils the latent functionality of ScreenPad.

ScreenPad is 5.5-inch 1,920x1,080 display that is capable of functioning both as a secondary display and as a touchpad. In its standard mode, Asus has it set up to offer shortcuts to an application launcher, music playing controls, number pad, and for Office 365, functionality that is reminiscent of the touch bar found on MacBooks.

These are hardly the sort of features that justify ScreenPad. For instance, most shortcuts in Office are more accessible via keyboard shortcuts for power users, rather than taking one's hand off a keyboard and hunting for an icon on your trackpad.

For the number pad feature, it is frustrating to find that it requires you to press the virtual num lock key to start using it -- since invoking the number pad should be a big enough clue that the user wants to input numbers. But it is an interesting use case in how Asus can offer all the functionality of a proper full keyboard without needing to pull some horrendous laptop keyboard design crimes.

Where the ScreenPad is likely to find a better use case is being used a secondary display. But as the laws of mathematics dictate, having a resolution of 1,920x1,080 on a 5.5-inch screen means the text is unreadable without pulling the laptop very close to your face. It is much more suited to showing images or video while actual work is completed on another display, especially when trying to hit tiny targets like close buttons on the ScreenPad.

For those who might find the idea of ScreenPad obnoxious, Asus has provided a way to force it to revert to a traditional touchpad, or even have it turned off altogether.

At best, ScreenPad is handy. It's definitely a signpost that users should expect to see an increasing part of the traditional keyboard area replaced with screens, and at the present time, it feels like the utility good be greater if the secondary display was bigger.

With the world closing in on foldable phones, and laptops with a second e-ink display later this year, the endpoint does appear to be two screens slapped together and called a laptop.

While ScreenPad isn't enough on its own to drive sales, hopefully Asus sticks with it, because someone is going to sell the fully dual-screen laptop eventually.

Moving on to the other parts of the laptop, the review device we looked at was the UX580GD model, which contained a Core i7-8750H, had 16GB of memory, 512GB of M.2 storage, and Nvidia GTX 1050 discrete graphics sitting alongside the Intel on-board graphics. On paper, there is a lot to like about this hardware combination, even if occasionally the fans kicked in to cause a bit of racket, though not to the extent of the Dell XPS 15 2-in-1.

The display is a 15.6-inch Full HD touch panel, which, given the AU$3,000 price tag that accompanies this model, feels a little on the cheap side, especially when the likes of Dell are offering 4K displays for the same sort of hardware kit at this price point. An option exists for a 4K UHD screen, but when paired with a Core i9 in the UX580GE model and associated memory and storage increases, that sees the price push past the AU$4,000 barrier, which is closing in on the realm of ridiculousness.

One thing that Asus tends to do well is provide plenty of full-size ports on its laptops, and the ZenBook Pro is no exception. It comes with a pair of USB-C ports, a pair of traditional USB ports, a full-size HDMI port, and a MicroSD card reader.

Unfortunately, the ZenBook still requires the use of a proprietary power connector rather than taking advantage of the USB-C ports. One of the benefits of this approach is that the proprietary plug allows the laptop to have 60 percent of its 71Wh battery recharged in 50 minutes. During testing, we found that the laptop did indeed recharge at a rapid rate, but as with most of these quick charge systems, the impact on the life of the battery remains to be seen. With a sealed case, the chance to replace a battery is next to nil.

On the sound front, the ZenBook arrives with Asus SonicMaster audio, which is certified by Harman Kardon, and really packs a punch. Unfortunately, though, if the sound is turned up, the vibrations are felt through the ScreenPad.

Design-wise, the ZenBook looks a million dollars when it arrives with its typically Asus metal finish, but it quickly turns into a fingerprint smudge magnet. This means that even though Asus has put a nice-sized square fingerprint reader in a sensible place just below the keyboard, it will quickly become surrounded by a smudge radius.

The ZenBook Pro 15 is decent enough to function as a work laptop, but without ScreenPad there is little else exceptional about it, and it is very much yet another 2018 laptop sitting around the AU$3,000 mark.

If the ScreenPad had a unique killer use case that could show off its potential, then the laptop would be much the better for it.

As it stands, though, Asus has to decide whether the ZenBook Pro is the start of something new, or an evolutionary dead end that will only be remembered as a curiosity in the future.

Hopefully Asus continues to build upon what it has learned with this device, because it is onto something -- it is just not fully baked yet.