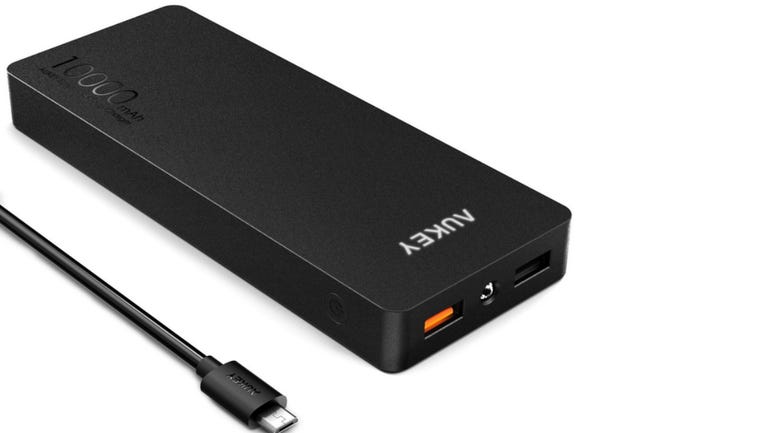 The Aukey 10,000 mAh external battery is a big boxy charger. It has a nice matt black plastic case, gloss black embossing with the brand name in white plastic. However design buffs might be annoyed with the charger.

One of the USB charging ports is bright orange which really jars against the sleek black of the charger. This charger also does not have a carry pouch whereas other Aukey chargers are supplied with pouches

Like the Eachine charger and Intocircuit chargers there is also an LED torch on this pack. To turn the torch on or off, press the power button for about two seconds.

The user guide indicated that there was a battery power level remaining on the charger and an LED light on the power button which glows red, green or white when fully charged. The charger I tested did not have any LED indicator so I had to guess if it was fully charged before I used it.

I like the short charging cable which is less than six inches long. I do not need a long charge cable when I am out an about so this neat cable suits my lifestyle.

All in all, this would be a good charger for someone with two devices that need to be charged at the same time. I would also like a battery level indicator so I can check the level of charge before I leave the house - and a less "in your face" colour for the quick charge port.