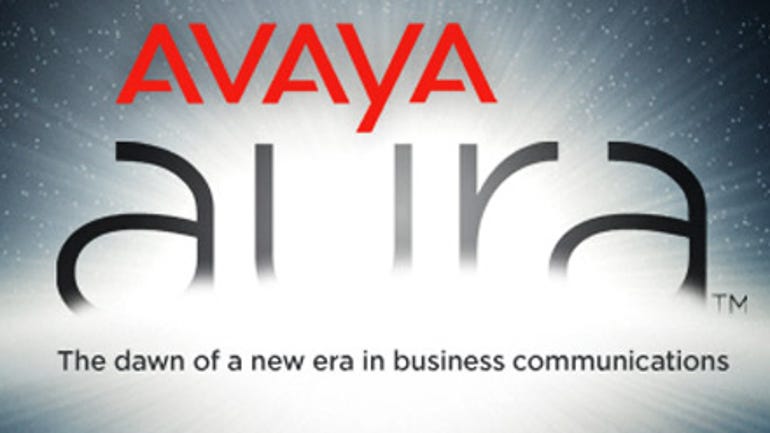 Avaya's Aura is a suite of communication products, all bundled together in an effort to reach the dream of unified communications for businesses.

Avaya's acquisition of SIP communications firm Ubiquity was the final piece in the Aura puzzle, allowing its previously separate services to all talk through the one SIP gateway.

There are five services in total offered by the Aura package, each sitting on an independent Red Hat Enterprise Linux-based box for maximum IO. Although come Q1 2010, Avaya expects to have the whole suite virtualised through Xen Hypervisor (previous experiments with VMware led to performance-based issues) for those who can't afford the physical space, or who can get away with lower IO. Under its current configuration, Avaya claims Aura will scale up to 25,000 locations, with 250,000+ users.

Aura is made up of five servers: the Communication Manager, Application Enablement, Presence, System Manager and Session Manager.

The acquisition of Ubiquity added System Manager and Session
Manager to the mix, forming the Aura suite. (Credit: Avaya)

The Communication Manager is your traditional PABX, and handles both video and audio. The Presence manager checks to see whether you're available, whether at the desktop, on IM, deskphone, softphone, mobile phone, SMS; allowing the system to route calls successfully wherever you are, so you're always connected. It can support federated presence too, if you've got IM servers located in-house for security reasons.

The Application Enablement machine holds all the APIs for Computer Telephony Integration (CTI), primarily used in call centres. This enables Aura to do cool things like integrate with SAP, Siebel, Salesforce and more, allowing you to pull all sorts of associated data with the number the customer may be calling from. It'll integrate with Microsoft Office Communications Server and Lotus SameTime as well, and assisting in integrating social networks into your system.

As a part of this presence management is something Avaya calls Communications Enabled Business Process — an attempt to take out the human delay in some business processes. Take business approvals, for instance: your superior may be in a completely different country. In this case, the system can figure out through presence whether they are available on the phone, mobile phone, SMS, IM or a number of other systems, then send a message to them asking to approve. It's even smart enough to set up an Interactive Voice/Video Response (the recorded voices you often get on call wait systems), simply asking the user to enter yes or no.

If the person is off the grid, it sends an email, and if it gets an out-of-office response with another person's contact details, it then chases that nominated person. You can even have one number ring multiple points of presence, so if you work between different places, you'll always be contactable — and you only ever have to hand out one business number. It'll even preference Wi-Fi over 3G when calling your smartphone if it's available. The implications for workers who are already addicted to their BlackBerrys are frightening, to say the least.

There are two parts left to the Aura package — the System Manager, which is a configuration gateway for all the services where you can set up and manage groups, users, available features and change preferences, and the Session Manager. The Session Manager is where the magic happens — any SIP based request passes through here, the Session Manager routing it to the required service offered by the rest of the Aura suite. As a result, Avaya can offer its Aura feature-set to any SIP-based hardware — and even to non-SIP, so long as you have a conversion gateway in place.

It's this multi-vendor approach which will allow Avaya to create a compelling sales story to those looking to upgrade their phones or systems to a modern architecture. Once the Aura infrastructure is in place, the client can then grow at their own pace. Presumably this will create an on-sell into Avaya's own desk phones, but you don't have to use them if you don't want to — the goal is minimal lock-in.

Avaya also offers what it calls its One-X suite — the client side of Aura, if you will. It aims to try and give a single experience whether on the desk phone, mobile phone or web.

While there is a softphone client available for the desktop, an important part of One-X is its web-based portal for communications, essentially making the system platform-agnostic — a web browser and a webcam can give you video conferencing for up to six people, without the need for an expensive telepresence room.

The IP softphone looks a little dated, but offers cool features like click-to-dial on web pages. It also integrates into Microsoft Office Communicator or Lotus Sametime if you've rolled out those solutions and are used to the interfaces. (Credit: Avaya)

Another part is One-X mobile for, yes, your mobile phone. It's offered as a native client, regardless of whether you're running on Windows Mobile, Symbian, BlackBerry or iPhone, offering up to a six-way conference call. But if your phone is too old for One-X to support, you can still dial in to the PABX, push the right numbers on your phone after being prompted (or follow voice prompts) and join in or create the conference call.

All calls can be recorded, voice mail is offered, and you can have emails from Outlook read out to you — you can then respond to it in voice, which it will transcribe thanks to Nuance (the maker of Dragon NaturallySpeaking). Despite Avaya's assurances, we'd be slightly uncomfortable about that considering the accuracy of most voice-to-text solutions.

Depending on the edition of Aura you choose, the One-X unified communications suite will either be free, or AU$50 per seat.

Aura is offered as three editions, Branch, Standard and Enterprise, with features set to scale with a business user's needs.

Avaya's three different editions will help you scale to your business needs. The Branch Edition will get more power and features come Q1 2010 (Click image to enlarge). (Credit: Avaya)

With being contactable everywhere, along with quick response to clients becoming increasingly more and more important, Aura has the potential to be a significant step forward in the communications space. With Avaya's mentality towards openness and standards, we can only hope everyone else follows suit to give a better user experience for all.

Of course, whether you're interested in the solution will depend on the specifics of your existing environment and what you're looking for from a new system; there are plenty of bare-bones packages out there too that SMBs especially might find attractive. Avaya typically does most of its business towards the higher end of town.