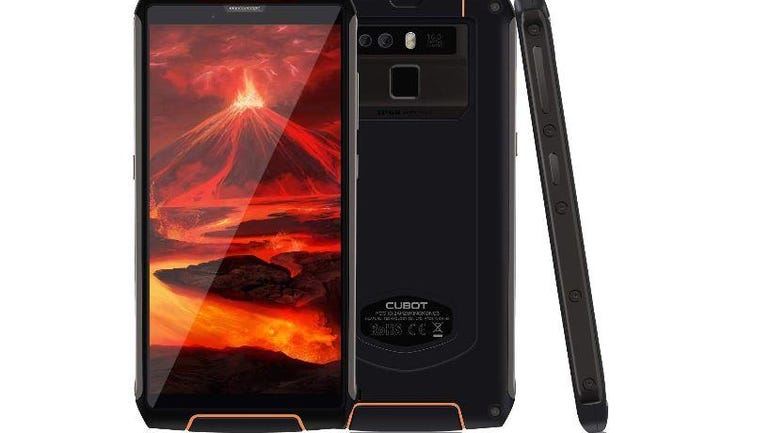 The King Kong 3 from Cubot is rugged yet it manages to look good too. Its large 5.5 inch screen is securely encased in high-strength polyester which is drop resistant to 1.5m.

With dimensions of 162.50 x 78.3 x 13.3mm and weighing 9.9 ounces, it is smaller than other rugged devices I have reviewed like the Doogee S90, and S80, and a little larger and thicker than the Cubot Quest rugged phone.

This phone is rated IP68 which means it is dust-proof and water-proof, and can be immersed in water up to 1.5m deep for 30 minutes.

It will also work in temperatures of up to 60 degrees C, so it is not too much of an issue if you leave it on the dashboard of the car for a few minutes on a sunny day.

The King Kong 3 has a 6,000mAh battery to keep you going with heavy app use all day. The phone uses 9V/2A charging which will charge to 65% in an hour, and will fully charge the battery in 2.5 hours.

There is a 16MP Sony sensor and 2.0 MP f/2.2 aperture rear camera with an LED flash and a 13MP front camera. Images are clear, and there are minimal photo enhancing features on this phone, which makes this suitable for a business environment.

There is a fingerprint sensor on the rear of the phone so you can unlock it as soon as you pick up the device. Unlock is fast and accurate. This rugged device does not have facial unlock, unlike the Android 9.0 OS in the Cubot X19.

The King Kong 3 has NFC so you can use tap-to-pay systems, use your phone as an entry card, or transfer files to the device.

This phone has a custom button on its left hand side that you can configure to the setting you choose; such as camera shutter, music, or other apps you have installed.

Pressing the power button on the right side of the device will allow you to take a screenshot, mute, set to vibrate, or unmute the device. Like the X19, you can also configure which emergency alert you wish to receive in your region.

There is no headphone jack on this model so you have to connect your headphones wirelessly to the King Kong 3. Presumably this is to maintain its watertight integrity.

All in all, this is a decent rugged phone that will suit those who tends to drop their device. And for under $200, the Cubot King Kong 3 will not break the bank but it will deliver the reliability you need in a durable phone.