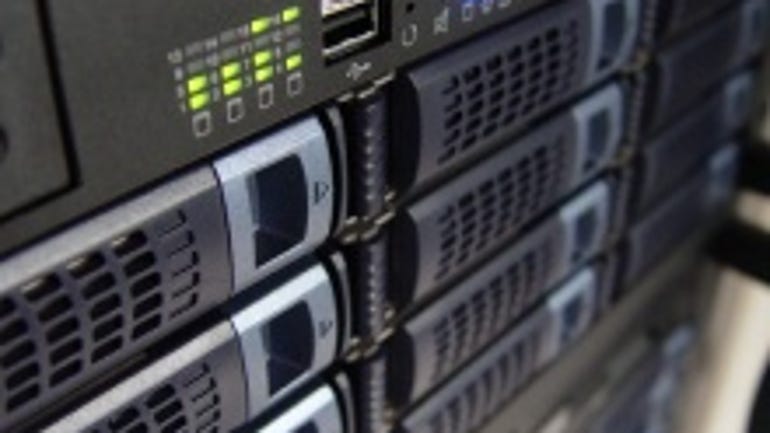 Apart from its shiny black casing, the DroboPro hardware is pretty unremarkable. It's a fairly conventional storage array, capable of holding up to eight 3.5in. SATA hard disks, which can be used standalone or rack-mounted by attaching the brackets supplied to either side.

A pull-off front cover gives access to the drives, while the interfaces are all at the back, with FireWire 800 and USB 2.0 ports for direct attachment to an Apple Mac or PC workstation, plus a Gigabit Ethernet port for network sharing. However, if you were expecting a NAS (Network Attached Storage) appliance, you're in for a surprise. Yes, the DroboPro can be shared on a network, but instead of file-level NAS, it uses the iSCSI protocol to deliver fast block-level access to its storage via an Ethernet SAN (Storage Area Network).

The DroboPro has USB and FireWire ports for direct PC/Mac attachment, plus a Gigabit Ethernet interface for iSCSI SAN sharing.

The iSCSI support isn't the only card the DroboPro has up its sleeve. It also supports RAID, and in a way that makes it absurdly simple to manage compared to alternative products, using a technology that Data Robotics calls BeyondRAID.

The best way to explain what BeyondRAID has to offer is to describe how we configured the DroboPro in our Labs. The first step was, clearly, to add some storage to the empty box — but, unlike other storage arrays, you can use any SATA drives you like, and in any combination of capacity and spin speed. We grabbed some drives left over from previous reviews and simply slid them into place. Furthermore, we didn't have to configure anything — just plug in the bare disks and leave BeyondRAID to handle that side of things.

Start with two drives, and BeyondRAID will mirror them. Add more and it automatically upgrades to RAID 5 striping, with the data rebuilt and the array reconfigured in the background while you carry on working. There's no need to power down, and you don't need a screwdriver or special disk carriers. Plus, if you run out of storage space all you have to do is either slip in an extra drive or replace an existing disk with a bigger one.

Up to eight SATA disks of any size or spin speed can be slid into the DroboPro array.

The only time we had to do any work ourselves was to protect against two disks failing at the same time (RAID 6). Even then, it involved little more than a tick-box option on the bundled Dashboard management tool, and this can be just as simply turned off again if the extra space required becomes an issue.

To access the storage, we used the cables provided to connect the DroboPro directly to a PC, just like attaching an ordinary external hard disk. Networking was just as easy — simply a matter of attaching the DroboPro to the LAN then firing up the built-in Microsoft iSCSI initiator on the Windows servers and workstations we wanted to connect. A custom initiator for Apple Mac systems is also provided.

Either way, it's then just a matter of creating the Smart Volumes that you want to host on the array. Here, again, the DroboPro takes care of all the hard work, assigning blocks to these virtual volumes as required rather than pre-allocating storage in advance. Known as thin provisioning, this means you configure up to sixteen Smart Volumes, each up to 16TB in size, even though the biggest SATA disk available at present is just 2TB, limiting the physical array to a maximum of 16TB until bigger drives are released.

We found it all incredibly easy to use, with no need to get involved in management other than the odd glance at the LED indicators on the front. These show how much free storage space is left, and warns you when to consider changing a disk for something bigger, and when to leave well alone because the DroboPro is busy optimising your data.

There are faster and more expandable disk arrays on the market, but the DroboPro has enough capacity for most small to medium-sized companies, and is certainly no slouch. Performance will depend on a variety of factors, not least the speed of the disks you use and the way you connect up the DroboPro. As such it's probably not a good idea to use old disks like we did, but start with brand-new drives and go for fast spin speeds across the board.

If you do decide to mix disk capacities, bear mind that BeyondRAID will need to reserve the capacity of the largest drive for parity (the largest two drives if RAID 6 is enabled). Data Robotics provides a handy online calculator to determine usable capacity for different drive configurations. In our tests, iSCSI networking gave the best results, and we'd recommend steering clear of the USB interface for direct connection as it could easily become a bottleneck.

We were a little disappointed to find that the USB port can't be used to take backups of the array, and as already mentioned there's no NAS sharing. We also had to dig a little to find out what powers the DroboPro — if you're interested, it's a dual-core Marvell ARM processor running the VxWorks OS. But that doesn't really matter. What does matter is that the DroboPro is a business-class storage array that does exactly what the company's marketing claims — manage itself.