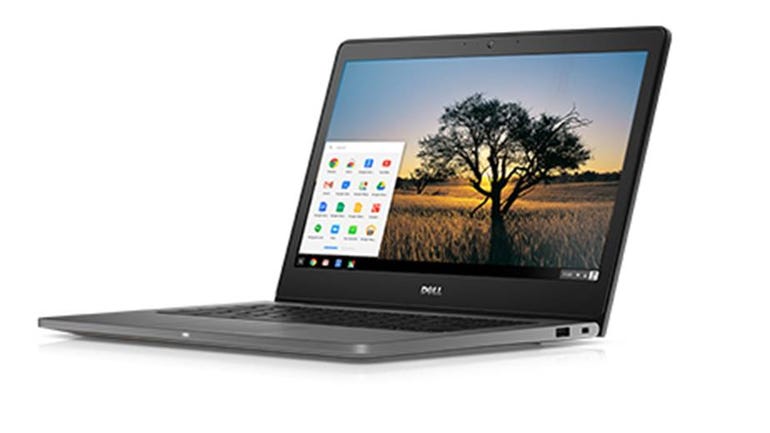 Today's Chromebook market is filled with lots of 'me too' products. Essentially, most of your Chromebook options use similar processors, generally have 11- or 13-inch displays and are relatively inexpensive.

Dell's Chromebook 13 stands out from the crowd, however, provided you're willing to pay a little premium to get a crisp view from nearly any angle on this well-built laptop.

The starting price for a Dell Chromebook 13 is $399, but the unit loaned to me by Dell costs $429. The only difference is that the base model includes 2GB of memory while the extra $30 doubles the memory. It's well worth splurging for 4GB of memory on any Chromebook.

These are are the other specifications shared by both models:

Dell offers additional configurations ranging from $529 to $649 that add a touchscreen, up to 8GB of memory and an Intel Core i3 processor. I've been quite content with the $429 model, however.

It's not the fastest Chromebook around (that would be the Chromebook Pixel LS), but the Dell unit easily handles most of the tasks I threw at it, ranging from watching 1080p videos to daily writing and research.

Running the Octane 2.0 JavaScript benchmark test where a higher score is better, the Dell nearly eked out a score of 15,000. I ran the same test on my new Surface Pro 4 and it scored 21,783. That's a noticeable difference thanks to the new Intel Core m3 in the Windows device.

Still, the Dell Chromebook 13 with Intel Celeron processor holds its own. I could easily live with this performance on a daily basis, although I'm a bit spoiled by my Chromebook Pixel with its Intel Core i5 chip that tops 23,000 in the Octane test. Of course, that laptop is more than twice the price of the Dell.

Where the Dell really shines is in the build quality, screen and trackpad. Indeed, I'd say Dell's Chromebook 13 rivals the more expensive Chromebook Pixel in those areas.

The backlit keys are a bit small, which is surprising for a 13-inch laptop, but the trackpad is stellar. Dell chose to use glass for the Precision Trackpad, making for a buttery smooth experience -- helpful since the laptop doesn't have a touchscreen.

As far as the overall build quality; it's impressive. The chassis is made from aluminum and magnesium while the display is backed by a carbon fiber soft-touch finish. There's little plastic involved here; something you typically find on $200 to $300 Chromebooks. Fit and finish are excellent, making the Dell Chromebook 13 feel more expensive than it really is.

And then there's the display. Full brightness is way too much for my eyes, so I've been able to dim the screen to 50 percent all the time. The 1,92-by-1,080-pixel IPS panel looks good from all angles and I like the choice of matte finish over glossy.

I set ChromeOS to scale everything up 125 percent; that's great for text on a FullHD screen, but the elements of ChromeOS -- the taskbar and menus for example -- don't scale up.

Dell claims 12 hours of run-time on a charge and I'd say that's about right in my usage over the past few weeks. Depending on what you do, you could be hard on the battery, but it should still last 9 to 10 hours; more than enough for getting around during the day.

That brings up my one minor issue with the Dell Chromebook 13: It's a bit heavy, weighing in at 3.23 pounds. It's not terrible to carry the laptop around but that's on the high side for my tastes.

You could get a higher-performing and lighter Chromebook for less -- some models offer Core i3 processors for under $400. However, you'd be sacrificing one or more other things, such as display resolution or build quality. If I were in the market for a new ChromeOS device, the Dell Chromebook 13 would be at or near the top of my list based on the value for the price.