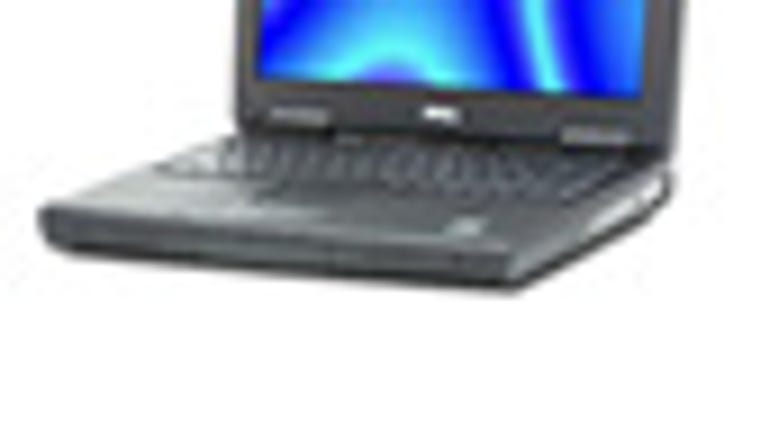 One of the drivers behind the growth in notebook sales in recent years is the fact that notebooks are increasingly perceived as realistic alternatives to desktop PCs. This is particularly true of the home and small business markets, which is mainly where Dell expects to sell the Inspiron 2650.

Recent price cuts have brought the cost of this system down to £1,399 (ex. VAT) -- arguably just low enough to tempt some buyers away from a full-sized PC. The obvious question is whether the Inspiron 2650 up to the job.

The Inspiron 2650 has an impressive enough headline specification, with its 1.6GHz Mobile Pentium 4, 256MB of DDR memory and 30GB hard disk -- not to mention a DVD/CD-RW combo drive.

To keep design and manufacturing costs down, Dell has eschewed clever tricks like removeable, modular drives and artful weight-shaving. The result is a workmanlike three-spindle machine that will stretch your arm with its 3.65kg if you carry it about a lot. Still, portability isn’t paramount in a notebook that’s primarily deigned for desktop replacement duties.

The build quality is generally sound, with no obvious weak spots in the case, and no impractical flaps waiting to get snapped off at the hinges. The lid is plastic, it has to be said, but there’s plenty of clearance between the surface and the actual screen itself, which provides a buffer zone that should absorb impacts before they reach the fragile TFT panel.

The 2650’s keyboard is more compact than the one used on the more expensive 8200-series Inspirons, but it’s still comfortable enough. The screen has decent illumination and a 15in. diagonal, providing a well-matched display area for the panel's native 1,024 by 768 resolution.

Graphics processing is handled by an nVidia GeForce2 Go 100 chipset with 16MB of DDR memory. This provides plenty of 2D acceleration and enough to get by in 3D -- MadOnion’s 3DMark 2001 test scored it at 2,049 in 16-bit colour (the 32-bit tests wouldn’t run as they require more memory). This is another way of saying that you can set up most games to run acceptably on the Inspiron 2650, although it isn’t designed as a games platform.

As far as I/O and expansion options are concerned, the picture is mixed. You get a parallel port and twin USB connectors, but no serial, TV-out or FireWire (IEEE 1394) ports. Nor is there an expansion bus for use with a port replicator or docking station. You do get both a 56Kbps modem and 10/100Mbps networking as standard, along with a single Type II PC Card slot.

The Inspiron 2650 certainly performs well, thanks to the combination of its Mobile Pentium 4 processor and 256MB of DDR SDRAM. Its Business Winstone 2001 score of 32.8 means that it runs mainstream productivity applications like those in Microsoft’s Office 2000 very comfortably. It even handles high-end programs pretty well, too, delivering a Content Creation Winstone 2002 score of 20.3. Of course there are faster notebooks, but for practical purposes, the Inspiron does what it is designed to do quite well.

So, to answer our original question about whether the Inspiron 2650 is up to the job of replacing a desktop PC for most people, most of the time: yes, it is. If you’re on a budget and want a machine you can transport around the house or office, it’s a good choice.