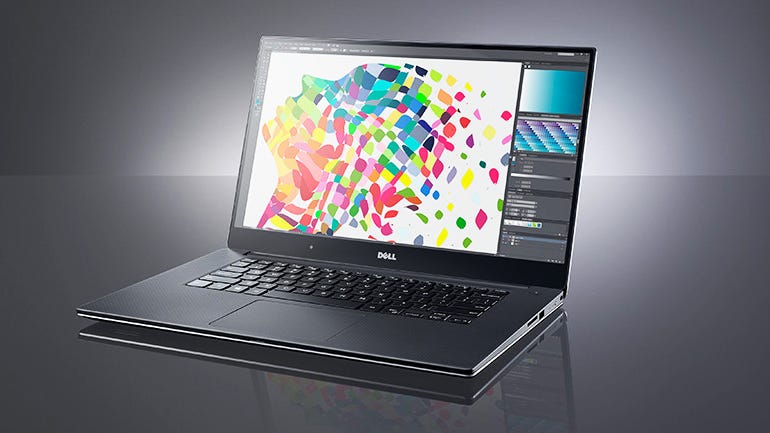 Intel has made great strides with the power efficiency of its processors in recent years, allowing manufacturers to design Ultrabooks and convertible devices that get slimmer and lighter every year, as well as providing all-day battery life. In contrast, mobile workstations often seem to be stuck in the past: they offer heavyweight performance, but at the cost of equally heavyweight design and poor battery life.

That's starting to change, though, thanks to Intel's latest 6th-generation (Skylake) processors, which finally manage to bring greater portability to high-end Core i7 and even Xeon processors. HP may have gotten there first with its recent ZBook Studio G3, but now it's Dell's turn to provide a slimmer, lighter mobile workstation in the form of its new Precision 15 5000 Series.

We'll leave Dell and HP to argue over the bragging rights for the title of "world's thinnest and lightest mobile workstation" and, if truth be told, the dimensions that Dell quotes for the Precision 15-5510 on its website did seem a little optimistic at times. Even so, we measured it at just 2.2cm thick, with a weight of 2.0kg, which is still uncommonly slim and light for a 15.6-inch laptop -- especially a mobile workstation that includes both a quad-core Xeon processor and high-end Nvidia Quadro M1000M for professional-level graphics and design applications. You can't quite pick it up with one hand, but you should at least be able to carry it around in a briefcase or backpack without too much trouble.

Like the HP ZBook Studio, the Precision 15-5510 provides an impressive 4K display with 3840-by-2160-pixel resolution (282ppi), but Dell's InfinityEdge display -- which has only the thinnest border running around the edges of the glass panel -- allows it to reduce the width of the laptop to just 35cm, compared to 37.5cm for the ZBook. And while we had some reservations about the default brightness levels on the ZBook, the Precision 15-5510 proved so bright and colourful that we were quite content to leave the brightness set at around 50 percent for general day-to-day use.

The IPS display provides excellent all-round viewing angles, which will make it ideal for presentations or photo editing, and Dell also points out that the display supports 100 percent of the full Adobe RGB colour-space for designers and photographers who need accurate colour reproduction. The display is touch-sensitive too, although that still seems completely non-essential in a workstation-class laptop such as this.

More useful are the HDMI and Thunderbolt 3.0 interfaces, which will allow you to connect a larger display or high-speed AV storage devices for working with large video and graphics files. The laptop also includes two USB 2.0 ports, and the only real omission here is an RJ-45 Ethernet port -- although Dell does include a USB-to-Ethernet adapter for wired office networks at no extra cost.

Unsurprisingly, the Precision 15-5510's Xeon processor performed very well, with its 3.7GHz Turboboost option achieving single-core and multi-core scores of 3,830 and 13,875 points when running Geekbench 3, which put it just a sliver ahead of the comparably-priced HP ZBook Studio G3:

The Precision's graphics performance was initially rather erratic, apparently defaulting to the Xeon's integrated P530 GPU when running Cinebench R15, despite the fact that we'd used the Nvidia control panel to select the discrete Quadro for that test. The P530 only managed a score of around 40fps when initially running Cinebench, which certainly wouldn't justify the price of a mobile workstation such as this.

Fortunately, Dell was able to provide us with a BIOS update and new graphics drivers that seemed to deal with that problem, and the Precision promptly responded with a score of 87.5fps for Cinebench R15 -- which, again, was a fraction ahead of the 85.9fps recorded by the HP ZBook Studio G3. That makes it one of the most powerful laptops we've seen to date -- although, clearly, Dell should include a reminder about BIOS updates for all Precision 15-5510 purchasers.

We were also impressed by the near-silent operation of the Precision 15-5510, which made virtually no noise at all during most tests, and only produced a low, barely noticeable hum from the internal fan during the demanding Cinebench R15 OpenGL benchmark.

Perhaps inevitably, the one area where the Precision 15-5510 did prove somewhat disappointing was its battery life. Running at full tilt during the graphics tests, its standard 56Wh battery lasted for just 75 minutes -- and, in fact, prior to the BIOS update the battery had barely lasted for a full hour. Switching to integrated graphics and lowering the brightness to around 50 percent did allow it to stretch to 3 hours 50 minutes of streaming video, but the Precision 15-5510 isn't going to be very productive when you're on the road and away from a mains power supply. You can't quickly swap in a spare battery either, as the base of the unit is sealed with no fewer than 10 separate torx screws.

Dell's Precision 15-5510 certainly provides all the power you need for professional-level design work, even if its modest battery life means that it's still essentially an office-bound desktop replacement system. Even so, its slimmer, lighter design will appeal to anyone who has struggled with the sheer weight of previous generations of mobile workstations, and holds out the hope for truly mobile workstation-class laptops in the future.