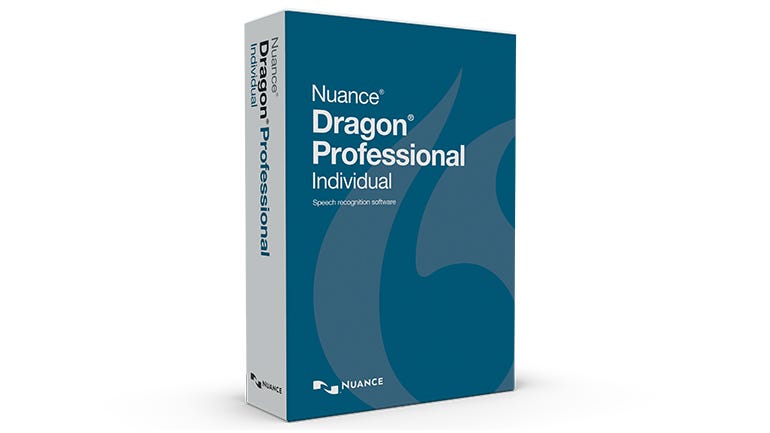 For those of us who use computers as a part of our everyday lives, speech-to-text conversion seems to be something of an acquired taste. However, Nuance's credentials are not to be sniffed at -- the company provides the speech recognition engine for Apple's Siri, for example.

I have used Dragon products for many years -- way before their acquisition by Nuance, and way before computers could really deliver the processing power that speech recognition requires. Computing muscle is not a problem today -- last year's version of Dragon Professional Individual was fast and accurate enough for speech-to-text to become part of my daily workflow, for example.

Still, there's always room for improvement, and Nuance claims there is an accuracy boost of up to 15 percent in this new version. That's down, in part, to the incorporation of deep learning.

There are a number of aspects to this. Nuance says Dragon can look at previously created texts and learn about how individuals construct sentences, to better second-guess their speech patterns. Meanwhile, its Accuracy Tuning module can analyse corrections to learn what users really meant to say. Running with a completely fresh install for this review, I've not really had a chance to see how that pans out.

Dragon can also learn about speech patterns by 'listening to' how words are spoken by an individual in each session, quickly making adjustments if it thinks the user is in a different environment with new ambient sounds, or has a cold, for example. Again, I've not yet been able to test this in great detail, and it will be interesting to see how well Dragon fares next time I have a streaming cold.

After installing Dragon, setup is about as minimal as it gets. You read a short text to calibrate your microphone and wait briefly while background tweaks are made to the software, but all this takes a matter of minutes. In fact, it seemed to take longer to remove the old version of this application than it did to install and setup the new one.

From a fresh installation, and without any training or opportunities to analyse older texts I'd written, Dragon v15 was remarkably accurate. I alternated between a Plantronics Voyager 5200 UC and my laptop's built-in microphone, both of which allowed me to enter text quicker than by typing -- and I'm a pretty fast touch typist. Still, it's a hassle switching between inputs, which needs to be done manually by selecting Manage Dictation Sources from the Profile menu. I'd like Dragon to automatically know whether a headset is installed, and make the switch for itself.

As well as converting speech to text word by word, users can add custom commands that are effectively macros for entering huge screeds of text as a response to short vocal commands. So, for example, saying 'basic letterhead' could type out a proforma letter and put the cursor where you want to start dictating.

Nuance says this new edition of Dragon has improved ability to 'listen' in slightly noisy environments. Anyone using Dragon in an environment with others around, such as a work cubicle, will likely find this a boon. I work in a quiet home office, and so couldn't test that in the most challenging conditions, but the software didn't seem bothered by having music playing in the background.

There are many small tweaks that users will likely discover over time. One I found immediately useful is better time formatting. Dragon now recognises what I mean by 'a quarter to three', and will translate this into '2:45'; it also knows that 'seven pounds ten' means '£7.10' while 'seven pounds ten ounces' means '7 lbs 10 oz'.

The familiar Dragon Bar floating toolbar provides the key point of entry to Dragon Professional Individual v15, and all of its menus and options are, of course, accessible by voice. As in the past, asking 'what can I say' calls up help with voice commands. Meanwhile, on a touchscreen device the UI is modified for finger-driven use.

Dragon is likely to be mostly used in Microsoft Word and here it's fast, accurate and efficient. But it works across a wide range of other applications, which can be started just by saying 'open' and the app name. Once in an app, verbal commands can be used to control it. For example, you can say 'file menu' to bring that menu up, and then speak a command.

Web browsers can be controlled by speech for both navigation and text entry -- in browser-based email, for example. Dragon also comes with its own very basic word processor called Dragon Pad, and a simple dictation box for when dictated text needs to be pasted into an unsupported app.

All of this means there are a lot of commands to get to grips with. A range of interactive tutorials take newcomers through the basics, and there are themed help topics that delve into more detail. These are useful, and new users should allocate some time to them.

The software's ability to transcribe audio recordings left me feeling rather let down. Getting halfway-decent transcriptions of interviews would be a real boon for me. I tested a short interview with just two speakers -- myself and one other. The transcription process happens automatically, and dictation is not possible while it's taking place.

Unfortunately, my test transcription was unusable. There was no differentiation, such as a line break, when one speaker stopped and another started, so that the result was a single paragraph of words going on for pages. But even if that had been in place, the words bore no relationship to the spoken text and did not make any sense at all. Here's a small quote:

So, I have not yet found the Holy Grail of interview transcription. But for getting dictation done efficiently, Dragon Professional Individual v15 improves on what was already a great product.

Dragon Professional Individual v15 shows off improved speech recognition accuracy and really does save time over typing words into an application like Microsoft Word. It's not perfect, however. Newcomers may find it quite difficult to get to grips with the full range of available options, and in my experience the transcription feature is still in need of some serious work. Dragon Professional Individual v15 costs from £279.99 (inc. VAT), or £149.99 to upgrade from v12 or later.