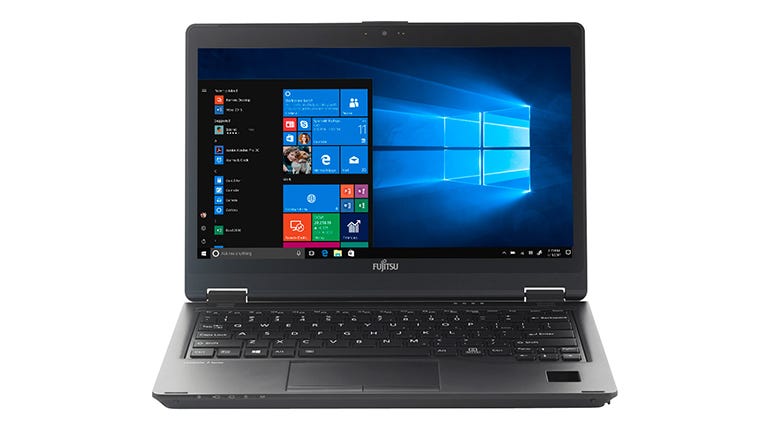 Lightweight 2-in-1 laptops with 13.3-inch or 14-inch screens are widely available, with Dell and Lenovo, in particular, offering some compelling models. But if you want to maximise portability in a 12.5-inch form factor, your options are more limited. They do, however, include Fujitsu's compact, 360-degree rotating-screen Lifebook P728.

The Lifebook P728 is small enough to be a regular travelling companion. But any device that's going to spend much of its life in a bag or rucksack needs to be reasonably robust, and Fujitsu could have done a little better in this respect. The base is quite solid, but I was able to depress the wrist rest area by exerting a bit of force. There's a fair amount of flexibility in the lid, even though it's 6mm thick. This laptop will probably benefit from a protective sleeve when you're carrying it around.

The X30-E updates last year's model with 8th-generation Core processors and more storage capacity, but the lid is still too flexible.

Demure design is a Fujitsu trademark, with the black chassis and indented Fujitsu logo on the lid looking quite bland. The interior is primarily black, with a flash of crimson along the bottom of the keyboard area, tying in with the Fujitsu screen background. It's subtle and rather fetching. Tiny LEDs on the front of the chassis keep you informed about battery and wi-fi status.

The Lifebook P728's weight of 1.2kg is higher than we'd like for a 12.5-inch system -- around the 1kg mark would be better. The footprint is relatively tidy at 299mm by 209mm, but the laptop is rather thick at 18.79mm. On the upside, this does allow the device to accommodate relatively sizeable VGA and Ethernet ports in the base.

The hinge rotates the screen through a full 360 degrees, allowing the system to be used in laptop and tablet mode, and all points in between (ie 'presentation' and 'tent' mode). With the screen facing outermost, it's offset from the base by about 12mm at the hinge side, and overhangs the base by the same amount on the other side. This rather odd arrangement meant I had to put less of my hands on the non-retracting keyboard when holding the Lifebook P728 in tablet mode. I'm always a bit concerned about damage to the keys when working in this mode, so that's welcome.

Four rubber feet on the base are moderately successful at stabilising the laptop on a desk. The other key stability feature is a sufficiently weighty base in comparison to the touchscreen to prevent the system toppling backwards when you prod at the screen. The weighting is great here, and I could tap and swipe the upper part of the screen without causing the base to lift up at all.

The keyboard occupies a significant amount of the relatively small area available because the keys are large. They are very well sprung, with just the right amount of travel and a good 'click'. The keyboard was a pleasure to type on, and I had no trouble working at full touch-typing speed. The arrow keys are small squares rather than the more usual elongated style, and I found them comfortable to use, although people with stubby fingers might find them a bit small.

The keyboard's depth makes for a relatively shallow wrist rest, but I found it fine for extended periods of typing. The touchpad has a pair of physical buttons beneath it which are responsive and give out a gentle click when pressed. A Fn key disables the trackpad, but there's no LED to remind you of the fact. I've seen people get quite confused about this, thinking that their trackpad is broken when it's simply switched off. My review sample had a PalmSecure pad for highly secure biometric login using your unique palm vein pattern.

There are various options available for the 12.5-inch screen. My review unit's touchscreen was a non-reflective 1,920-by-1,080 panel. It could arguably be a bit brighter at its 100 percent setting, but I found it fine for working indoors in natural light at the default 40 percent when on battery power. There is also a 1,366-by-768 option, although this resolution may be too low for many users. There's a sizeable bezel on the long edges, which helps when you're working in tablet mode by minimising accidental screen taps.

The speakers lack volume and bass tones, but are probably adequate for video conferencing purposes.

I noted earlier that the Lifebook P728 has room for VGA and Ethernet ports. These are quite a rarity for a laptop these days, although Fujitsu regularly accommodates them. The last time I saw these ports was on the Lifebook E558.

There are plenty of other connectivity options. My review sample had a HDMI port, two USB 3.0 ports, a USB-C port, and a 3.5mm headset jack. There was also an SD card slot, in contrast to many laptops which, if they provide a flash card reader at all, tend to opt for MicroSD these days. You can also configure the Lifebook P728 with a smart card reader and mobile broadband, both of which were present on my review unit. The SIM card slot sits beneath the removable battery.

My review sample ran on a Core i7-8650U with 16GB of RAM and 256GB of SSD storage. It also had mobile broadband, PalmSecure and smart card authentication, and came with a port replicator. This configuration costs £1,833 (ex. VAT).

Fujitsu has not specified a runtime for the battery, but during testing I could get a full day's work from a full battery charge. In one sample working session, I spent four hours doing a mix of writing, web browsing, and music streaming, and depleted the battery from 95 percent to 57 percent -- a power draw of 38 percent. Moreover, as already noted, the battery is removable, so if you need to work for extended periods on battery power, you can carry a spare.

Fujitsu's Tablet Lifebook P728 is a neat little 12.5-inch convertible that's well built and supports all-day working on battery power. The PalmSecure biometric security, along with a smart card reader provides strong device security, and the whole package is relatively lightweight at 1.2kg. This is all good, but you do pay a hefty price. 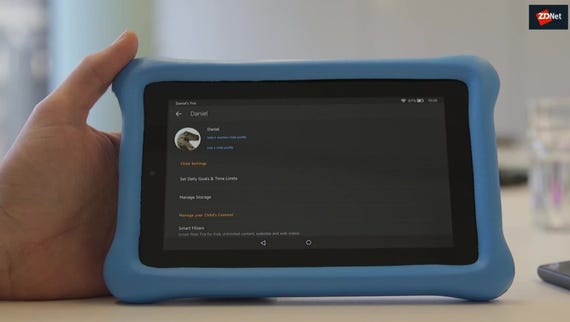 Apple's answer to crumb-jammed keyboards? Crush debris, then blast it out
Apple has been granted a patent for a keyboard with crushers and bellows to destroy and blast out crumbs.

These Fujitsu laptops were just recalled because their batteries catch on fire (TechRepublic)https://www.techrepublic.com/article/these-fujitsu-laptops-were-just-recalled-because-their-batteries-catch-on-fire/
Fujitsu has recalled the battery packs for certain laptops and workstations due to fire and burn hazards.