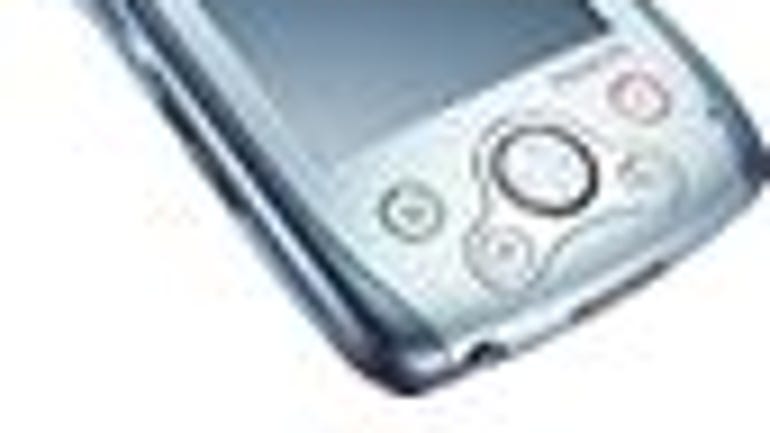 The Pocket LOOX 600 uses Intel’s PXA250 processor running at 400MHz. This is the top end as far as XScale is concerned, with Intel’s other chip in the range, the PXA210 (designed for cellphones and a step beneath the current StrongARM range), capable of 133MHz and 200MHz. One of the promises for the PXA250 is that its on-board LCD and expansion controllers will help to minimise power consumption, as will its ability to slow down when less processing power is required. Another potential benefits is that the chip’s power will open up new usage possibilities -- the PXA250 can be up to 60 percent faster than the current generation of StrongARM processors.

The speed gains are currently something of an academic issue. We certainly didn’t notice any performance boost from the Pocket LOOX 600 -- an observation that’s consistent with previews of early XScale devices. Microsoft and Intel have both expressed views on the new chip, the former saying that it doesn’t currently intend to optimise the Pocket PC operating system for it, and the latter encouraging software developers to rework their offerings. Whatever the outcome, it may be a while before users see much benefit in terms of faster applications. Battery gains don’t seem phenomenal either -- Fujitsu Siemens quotes up to 12 hours of usage between charges, which is not significantly better than the current generation of Pocket PC devices. You can add an optional second lithium polymer battery, however.

On other fronts, the Pocket LOOX 600 is something of a mixed bag. The device is, as already noted, a logical development from the SX45, Fujitsu Siemens’ first handheld/cellphone combo. But it isn’t connectable out of the box. Instead, you’ll have to buy an add-on module that will enable GPRS and GSM connectivity -- and this is not scheduled to appear until October 2002. Our review sample was running Pocket PC 2002, but we understand that when the Pocket LOOX 600 ships (towards the end of July) it will run Pocket PC 2002 Phone Edition. This is a real boon, as the Phone Edition of the operating system has a separate dialler application as well as a range of features that integrate communications capabilities with Pocket PC applications.

Elsewhere, Bluetooth is integrated, which opens up the possibility of wireless connectivity in the office or within a public-access ‘hot-spot’. You could also opt to use a Bluetooth-enabled mobile phone for wide-area connectivity rather than the add-on module. Wi-Fi, if preferred, can be added via the Pocket LOOX 600’s Type II CompactFlash slot. There’s also an SD/MMC slot, which allows you to augment the device’s 64MB of RAM without sacrificing your Wi-Fi connection or other hardware expansion module. Type II CompactFlash support means that IBM Microdrives -- currently available in capacities up to 1GB -- can be used with the Pocket LOOX 600.

The display is a transflective TFT touch-screen with the usual 240 by 320 pixel resolution and 16-bit colour depth. There is a built-in light sensor that dims or increases the backlight depending on the ambient light conditions, which works well.

As far as hardware design is concerned, the casing is reasonably neat, but it lacks the sleek appearance of devices like the xda and Toshiba’s e740. We definitely don’t like the spring loaded stylus slot -- springs have a habit of breaking after a while, whereas a simple push-in/pull-out stylus slot is consistently reliable. There is a thumb-operable scroll button, a Bluetooth on-off switch and a voice record button, plus, on the front of the case, four application shortcut buttons and a four-way navigation button with a ‘depress to click’ option. The device comes with both a docking cradle and a USB cable connector.

The 175g Pocket LOOX 600 is a lot smaller, neater and lighter than its 295kg SX45 predecessor, although the former’s optional GPRS module will add significant bulk and weight. Its built-in Bluetooth connectivity will be a plus point for some, while support for SD/MMC and Type II CompactFlash expansion is a definite benefit. The XScale processor may eventually prove its worth too, but that will require OS and application optimisation.