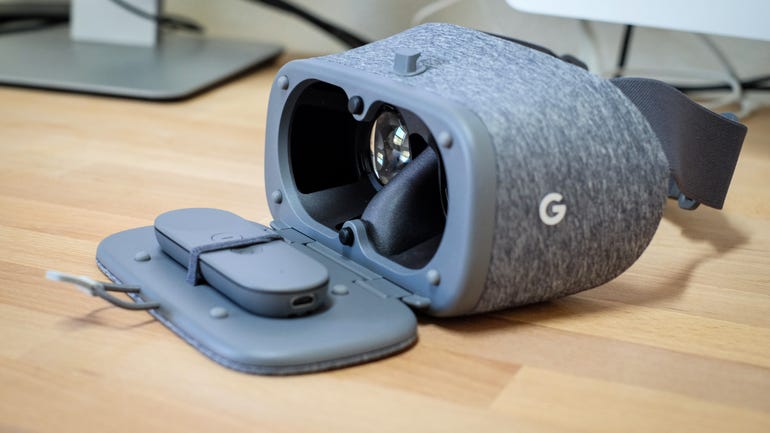 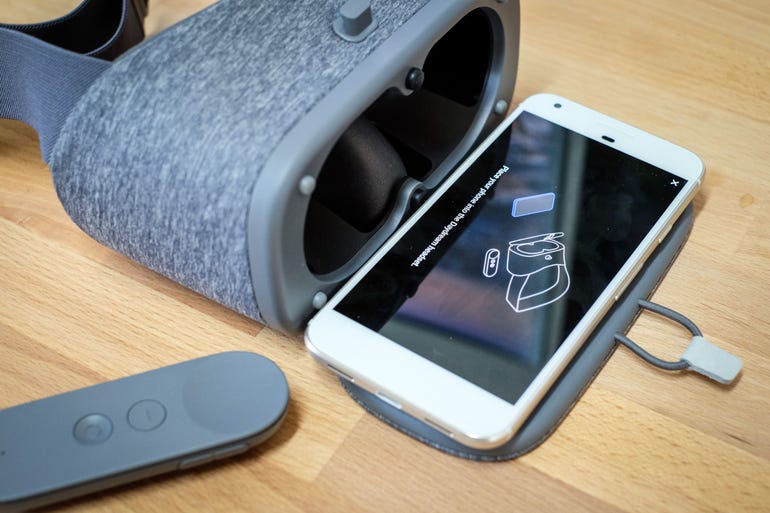 Starting Thursday, Google's next step in its attempt to bring virtual-reality to the masses will launch. Owners of a Google Pixel smartphone can purchase the Daydream View headset for $79 from various retail outlets or directly from Google to take advantage of the new platform.

The idea of strapping a smartphone to your face and using it to enter a virtual world is something I still have trouble wrapping my head around, but after using Google Daydream for the past week I'm starting to see the light.

A Daydream setup requires two things: A Daydream-ready smartphone and a Daydream headset. Right now, only Google offers both of those items.

The contents of the Daydream View box consists of a headset along with a Bluetooth controller used to manipulate and navigate your VR surroundings. Google's Pixel phones are, of course, Daydream-ready.

ZTE's $399 Axon 7 Pro is also Daydream-ready, however it's awaiting the proper OS updates before it can work with the Daydream Android app and headset.

As more smartphones are approved for use with Google's Daydream platform, the entry cost to having a fully capable VR platform with you at all times is going to decrease.

The first time you place a Pixel in the Daydream View headset, the phone asks you to install the Daydream app from the Play Store.

The Daydream app is the central hub to discover apps, games, and adjust basic settings for Daydream.

With the app installed and apps downloaded, you can either launch the app directly from within the Daydream app itself or place your phone in the headset.

The included controller has three buttons on the top, the biggest of which is a trackpad you can use to swipe through various menus and screens. On the side is a set of volume buttons for adjusting audio output of your Android phone without forcing you to touch the phone during use. Charging the controller is done via USB-C, using the same cable and wall adapter as the Pixel. 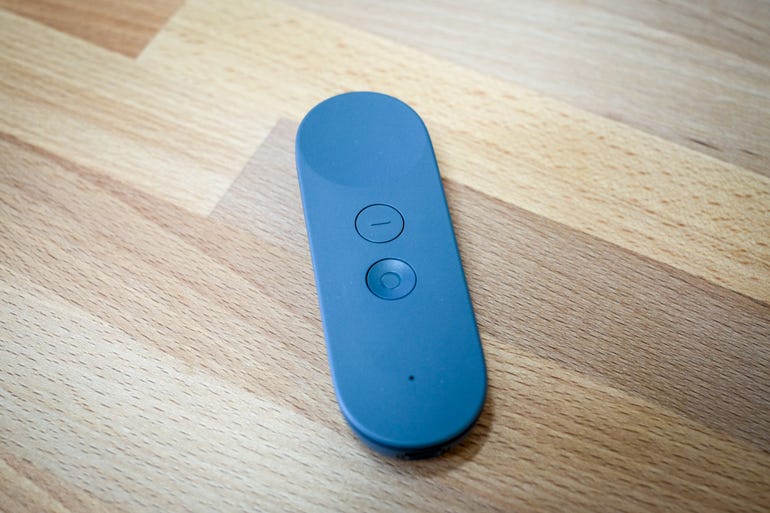 Every time you start using Daydream, you are required to hold the remote and point it at a dot in the middle of the screen, then press the home button. Each time I went through this process, it took multiple attempts for the phone and controller to establish a connection. Afterwards, there were no issues in communication between the two.

I experienced no discernible lag or delay between what I was doing with the controller and what was displaying on the screen when using Daydream.

Comparing interaction methods between Daydream and Samsung's Gear VR that uses a trackpad on the side of the headset, I found Google's solution easier to use and far more intuitive.

Instead of having to look at an item you want to select (or swipe on the trackpad multiple times), then tap on the side of the headset as is required by Gear VR, Daydream's controller feels like an extension of your hand. You hold it up, point or gesture with the controller, and manipulate the make believe world in front of you.

On a few occasions when taking turns playing Daydream games and competing with my kids over the course of an hour or more, we would begin to see performance issues such as stuttering and choppiness.

In trying to troubleshoot the cause, I discovered the phone was really, really hot. Not too hot to touch, but hot enough to make you uncomfortable when holding it. Ultimately, we would take the phone out of the Daydream View headset and let the phone cool down. Once it was back to a normal temperature, everything worked fine. 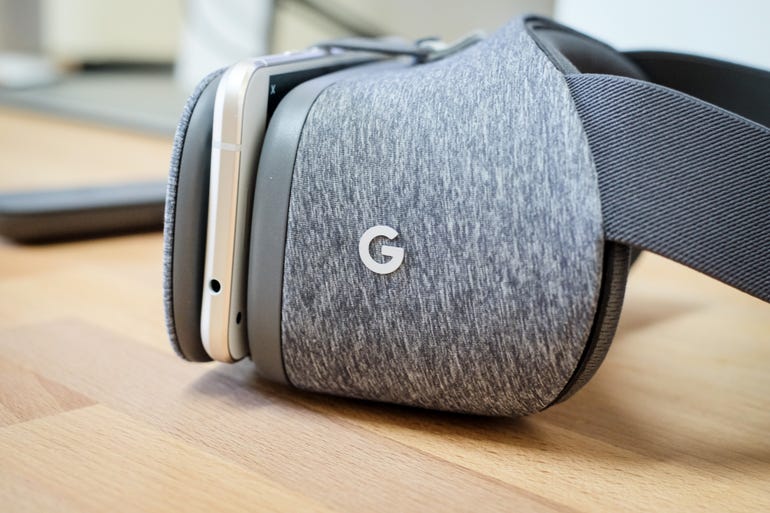 After using Google Cardboard and Samsung Gear VR off and on over the past few years -- every single time ending with me feeling nauseous -- I was a bit hesitant to begin testing Daydream.

After placing a demo Pixel XL into the headset and going through the beginning tutorial, where I was taught how to interact inside the virtual world using the controller, I was a bit queasy. Instead of pushing forward, I removed the headset and began installing various Daydream VR apps.

My next use of Daydream I found myself playing a game, Mekorama VR, for over 30 minutes without a hint of feeling sick. This is a first for me, and something that I did not expect at all.

Going forward, the experience was mixed. Watching a movie was possible without any sickness, while playing Hunters Gate which requires a lot of rapid looking around brought that same feeling right back.

Even so, the fact that I can even use Daydream without instantly encountering issues is a big leap forward.

Google designed the Daydream View headset to not only look different, but to be comfortable.

Instead of a hunk of plastic, Daydream View is covered in a fabric that's easy on the eyes and is lightweight. The face pad itself is removable, should it get dirty and you need to wash it.

Google also designed Daydream View so that users who wear glasses can keep them on when wearing the headset. The first time I put on Daydream View while still wearing my glasses, it took a couple of seconds to find the right placement of everything, but once that was done I had no issues or discomfort when wearing the device.

My only complaint about the fit of the headset itself is the ability to see light around the nose piece, and on either side of my field of view.

It gets the job done

For someone who already owns a Pixel phone and wants to dabble in VR, there's no reason not to use Daydream. It's built into your phone, and for $79 the headset is a steal.

Looking forward, more phones -- presumably less expensive than the Pixel -- will hit the market with Daydream compatibility, lowering the barrier even further.

In the US market Hulu, HBO NOW, and the NBA will soon release Daydream apps. Netflix and the MLB have also committed to releasing Daydream apps in the future, both inside and outside the US.

For someone who wants a more robust VR experience, such as HTC Vive or Oculus Rift, you already know Daydream isn't going to cut it. But I suspect, for the majority of people who are VR-curious, Daydream is going to get the job done just fine.

Join Discussion for: Google Daydream View review: Fun for the...