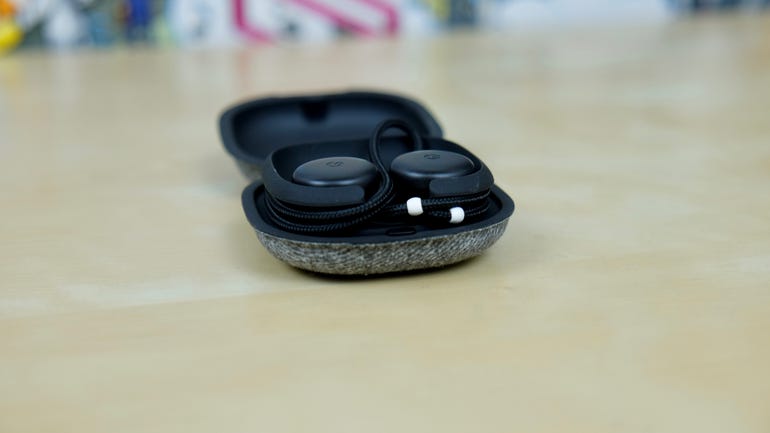 When Google announced the Pixel 2 smartphone, the company also announced Pixel Buds. The wireless earbuds are designed specifically to work with the Pixel smartphone lineup and boast an exclusive Translate feature.

After spending nearly two weeks using Google's first foray into wireless headphones, I've come away disappointed. The company promised a lot with the Pixel Buds, but they simply don't deliver. 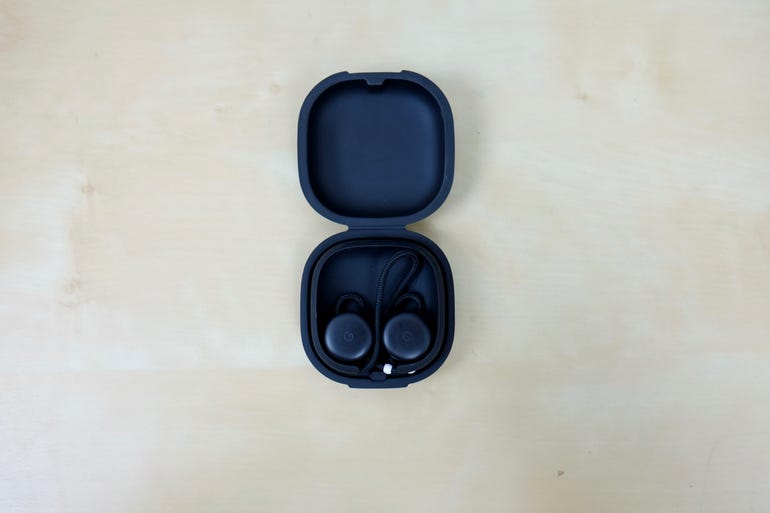 Pixel Buds are almost completely wireless earbuds, with a single cable connecting the two buds. The cable also doubles as a loop to help hold each earbud in your ear.

Pixel Buds come in a charging case that's covered with a cloth material. The case uses USB-C to charge, and in turn, charges Pixel Buds.

There's a learning curve to placing the earbuds into the charging case and the proper technique to wrapping the cord around the case so the lid will close. After a few tries, I've more or less mastered it.

Overall, the design of Pixel Buds is in line with most wireless earbuds. The buds themselves are a slightly bigger than, say, the Jaybird X3s.

I found the Pixel Buds uncomfortable to wear for any longer than an hour. It's not that the earbuds hurt my ear canal, but the adjustable cable that rests inside your ear to hold the buds in place rubs and eventually hurts.

Sound performance and quality is just OK with the Pixel Buds, but it requires finding the proper position of each earbud in your ear. I've had to fuss and adjust the Pixel Buds every time I've used them. 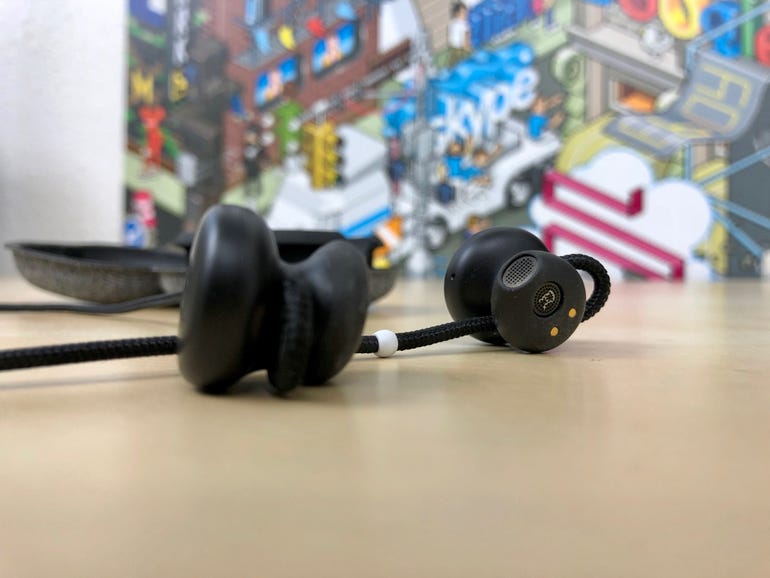 All interaction between Pixel Buds and your smartphone is initiated with the touch-enabled right earbud. A long-press will prompt Google Assistant to listen for a command. A single-tap toggles play/pause of any music. A swipe left or right adjusts volume. A double-tap gives you a status update. The earbud is responsive, and I had no issues with recognizing touch gestures.

Unfortunately, the earbud doesn't know whether or not it's in your ear. Meaning, it's easy to accidentally start playing music or summon Google Assistant when trying to put Pixel Buds into the charging case. 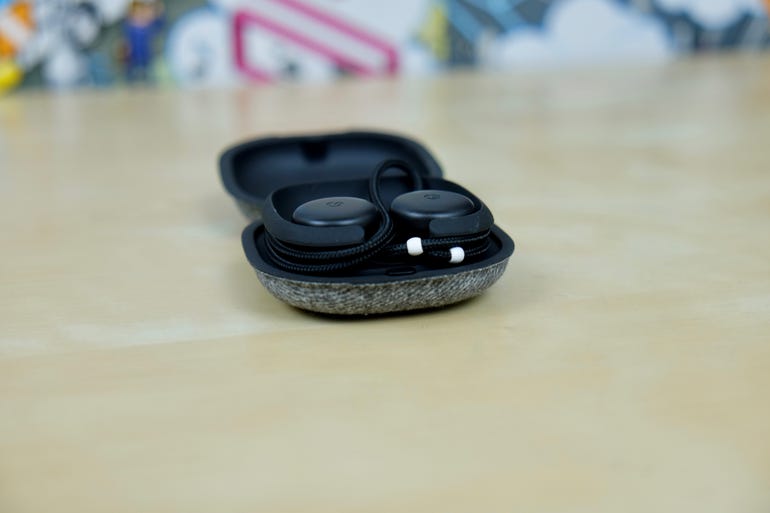 Pairing Google's Pixel Buds is supposed to be easy. A user opens the charging cases, then an alert pops up on his or her Android device, and, with the tap of a button, it's over.

I've paired and unpaired Pixel Buds multiple times, and I've yet to experience the advertised pairing process. Instead, I've had to open the charging case, then press a small button for a few seconds, and the pairing alert would show up.

Despite using multiple devices with the same Google account, I still have to pair Pixel Buds with each device. For instance, the Pixelbook doesn't know I have paired Pixel Buds with a Pixel 2 XL smartphone and won't connect to them automatically when I log into it.

With the bar set by Apple's W1 chip, using a pair of Bluetooth headphones or earbuds is a stark reminder of how much Apple's W1 chip improves the overall experience. From seamless pairing during setup, to that information carrying over to subsequent Apple devices, the Pixel Buds just can't compete.

Granted, I am talking about two different user bases here. Pixel Buds are likely to be used by those who have a Pixel smartphone, maybe a Chrome OS device, and are avid Android fans. Apple AirPods users are undoubtedly entrenched in Apple's ecosystem.

Still, Google now owns the entire experience. From hardware to software, for each and every device with the Pixel namesake, the company is more than capable of creating a more streamlined, impressive experience.

One of the main sales pitches during the debut of Pixel Buds was the real-time Translation feature. While wearing Pixel Buds and with a simple voice command, a user could speak in his or her native language, and the paired Pixel smartphone would translate and speak to another person in a different language. It looked as if the dream of being able to hold a conversation between two people speaking totally different languages without awkward silence or pauses was about to come true.

In reality, using Translate with Pixel Buds is identical to the experience the Translate app already provides. Only instead of using two digital buttons on a smartphone display, one user touches the right Pixel Bud to speak. The smartphone app is then used by the other party.

In other words, Pixel Buds don't add some sort of special functionality to the Translate app. And, frankly, using the app on any smartphone is quicker and easier.

If you ignore notifications from a specific app during a set time, Google Assistant recognizes that and pauses full alerts for 30 minutes. Instead, only a beep is played without any other context, just to let you know there's a pending notification.

Also, at any time, I can double-tap the right earbud and then Google Assistant will provide the time, battery percentage of Pixel Buds, and any pending notifications. If Do Not Disturb is enabled, Assistant will remind you.

I hope Google adds more controls over which alerts are considered important and therefore read to the user through Pixel Buds. This is by far my favorite feature of Pixel Buds and something I would love to see built upon -- or even implemented by Apple with the AirPods.

There are better options 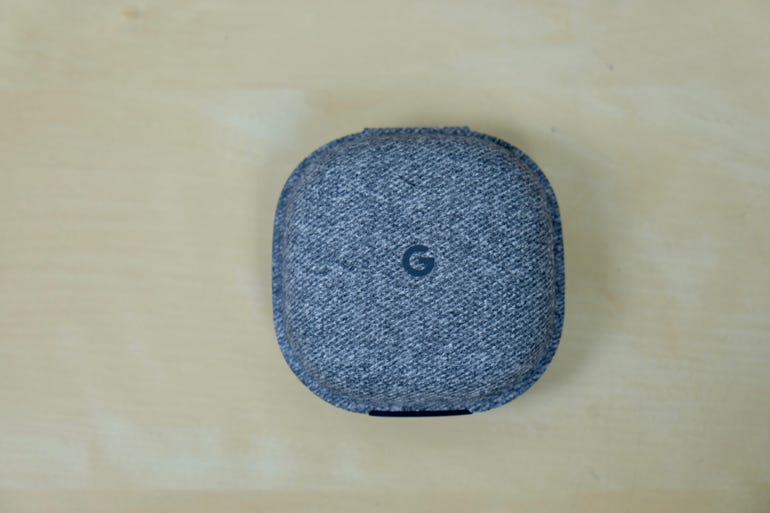 Google promised so much of the Pixel Buds. From Translate to easy pairing, to big sound. Yet, the company under-delivered.

Pixel Buds are uncomfortable to wear for long periods of time, don't offer robust sound, and Translate feels more like a gimmick than a groundbreaking feature.

For diehard Google fans, sure, I can see why you would want the Pixel Buds. But I don't suggest going out and getting a pair. There are far better options, near the same $160 price point.

Bose and Libratone both offer headphones that are built to work with Google's platform. The Bose QC35 with Google Assistant read notifications and keep Assistant just a tap away. The Libratone Q Adapt Wireless On-Ear headphones are compatible with Google's new fast pairing feature. Both are more expensive than the Pixel Buds, but in this case, it may be worth spending a little more for a better experience.

Ultimately, Pixel Buds feel very much like a "Me Too" product.