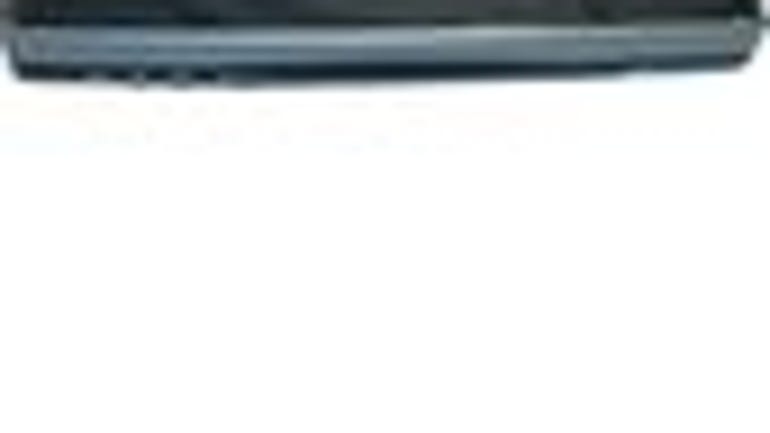 Not so long ago, there were two types of device running Microsoft’s mobile operating system, Windows CE. Some looked like the Pocket PC devices we know today -- all screen and no keyboard. Others had a clamshell design, and, emulating Psion’s EPOC-based Series 5, had a letterbox-sized screen plus a keyboard. The latter style of handheld has all but disappeared, leaving Hewlett-Packard as the sole flier of the flag. The company remains committed to the cause though, and has just released a new-look model, the Jornada 728.

The 515g Jornada 728, like earlier devices in the range, is designed to be typed on, and it has a fully featured keyboard. This is actually large enough to use fairly effectively if you have small hands, and the keys are very responsive. The clear and bright display has a 640-by-240-pixel ‘letterbox’ format -- the better to view spreadsheet and word processor documents. About a centimetre of its width is lost on the right-hand side in order to accommodate a set of four ‘hard icons’ that provide access to various system settings and the on-board 56Kbps modem. The modem makes data communications -- checking emails on the move and dialling into corporate networks – entirely feasible.

The Jornada 728 is powered by Intel’s 206MHz StrongARM SA-1110 processor, supported by 64MB of RAM. This should be enough to hold documents, emails and a fair few additional applications. We found we could open every application on the device, and still type into a document without any degradation in response time.

The application set that comes with Windows for Handheld PC 2000 is very similar to the Pocket PC suite. Pocket Office comprises Pocket Word, Pocket Excel, Pocket Access and Pocket PowerPoint (viewing only). Pocket Outlook includes Contacts, Calendar, Inbox and Tasks. Internet Explorer, Terminal Services and Remote Networking are also present, along with Voice Recorder. The Jornada 728 has buttons on the front of the case for making recordings, and for controlling the copy of Windows Media Player that’s also provided. ActiveSync handles desktop connectivity, and of course Solitaire makes an appearance.

The Jornada 728 connects to a host PC via a rather large and unwieldy USB docking cradle. Direct cable connection – to a PC or a printer -- is via serial only, however. Battery life is quoted at 14 hours and is provided by a removable Li-ion cell, allowing you to carry a spare. This device’s size allows a good range of expansion options: PC Card (Type II) and CompactFlash (Type I) slots are provided, along with a smart card reader -- included, says HP, to provide added security.

As far as ergonomics are concerned, the Jornada 728 differs little from earlier devices in the range -- but the 728’s predecessors were well thought-out in the first place, so there was no need to change anything. A row of keys atop the number keys provides shortcut access to no less than eleven applications. These keys are programmable, but by default are mostly set to Windows for Handheld PC 2000 tools. One is configured for HP QuickPad, a jotter that HP provides to augment the standard application set. Other extra programs include HP Backup and HP Viewer, the latter adding new view options to Inbox, To Do and Contacts. HP’s ChaiVM provides a runtime environment for third-party Java applications via Pocket Internet Explorer.

There is very little to complain about with the Jornada 728, although built-in wireless would have been nice -– for now, you’ll have to use the PC Card slot for this purpose. The only thing wrong with the Jornada 728 is its £699 (inc. VAT; £594.89 ex. VAT) price. People often justify the expense of a handheld by claiming that it’s useful in circumstances where a notebook isn’t practical. That claim can’t really be made for a larger device like the Jornada 728, which emulates notebook functions rather than augmenting them. The decision for many will be between a notebook and the Jornada 728, and will come down to how much you value portability and battery life over computing power and functionality.