If an ordinary laptop won't cut it performance-wise you need to step up to a mobile workstation, and HP has several contenders in its ZBook range: late last year we looked at the ZBook 14u G4 and found that while it was robust, performance was disappointing. Next up is another 14-inch system, which HP claims is the "World's Most Powerful and First Detachable PC Workstation". Let's see how it shapes up.

The ZBook x2 G4 detachable has a distinctive design. A grille edging half of the lid houses cooling vents and is immediately eye-catching, as are the angular 'cut-off' corners. These features alone make the ZBook x2 G4 stand out from the crowd.

The convention of using a kickstand to support the lid/screen/tablet section is hardly a novelty. HP has produced a stand which does its job very well: it's well hinged, and remained solid during the test period. The stand is capable of holding the screen at almost any angle, so that by the time it reaches its limits, there are just a few degrees between the screen and a flat surface.

The two-piece nature of this laptop means users can detach the keyboard and leave it in the office. But even given that this is a laptop aimed at designers who will likely want to work direct to the screen much of the time, I think the keyboard will probably travel much more often than it's left at base. It provides protection for the screen in transit, and is likely to be needed when a user is out and about -- it's preferable to working with on-screen keyboards that consume viewing area.

The total weight is 2.17kg, or 1.65kg without the keyboard. That's a lot to carry around, and -- as we shall see -- the large power brick will also probably need to travel as well.

The tablet's weight makes it impractical to hold in the hands for very long-- this particular tablet will reside on its kickstand or flat on a desk much of the time. If this device should slip from the hand or a tabletop, its military-grade robustness (MIL-STD 810G) should ensure that it comes to no harm.

The ZBook x2 G4 doesn't try to cram its display into a minimal-bezel design. Quite the opposite, in fact. The side bezels are 27mm, the upper bezel is 22mm and the lower bezel measures 30mm. There are good reasons for this: the upper bezel houses cameras, including the infrared camera for Windows Hello (there's another camera on the back), and the lower bezel has to provide facilities for docking the keyboard. The keyboard dock holds well, even though it relies on magnets rather than mechanical locks or levers.

The side bezels are the most interesting, though. Both left and right sides house an array of six buttons and three tiny white LED lights.

The buttons are the HP Quick Keys, which are crucial to working at speed and will come into play particularly when users are focused on pen-based input rather than working with the keyboard. They can be configured as shortcuts in a wide range of apps, not just creative ones, and can be used to get around the laptop more generally -- for example locking screen rotation or calling up Cortana. You can configure three different working modes, and those white lights indicate which one is active at any particular time. That's a lot of customisation.

The HP ZBook x2 Pen which is included, comes with its own carry case. With 4,096 levels of pressure sensitivity, no need to charge, and impressive responsiveness, this Wacom EMR device is precisely what stylus-wielding creatives will need to make the most of this kind of device. The same utility that allows for customisation of those screenside buttons can be used to customise the pen's performance.

The keyboard is built to last. It barely flexes, and offers enough travel and springiness to compare very well with regular laptop keyboards. I worked comfortably and at full touch typing speed without any problems. Bluetooth kicks in automatically when the keyboard is undocked, making it easy to continue working without interruption. There is a large, wide touchpad with an NFC zone in its centre, which I found responsive and satisfying to use.

The keyboard has its own battery to keep Bluetooth going. It will charge from the main battery when docked, or it can be charged separately through its own Mini-USB port, which is discreetly located behind the docking strip.

The 14-inch HP Dreamcolor touchscreen has a 4K resolution of 3,840 by 2,160 pixels (315ppi). The IPS display's anti-glare finish is well suited to creative applications; colours are vibrant, and maximum brightness is strong without being overpowering.

A laptop like this will no doubt be used to demonstrate creative work, and in some cases this will include audio, so it's disappointing that the stereo speakers lack punch. Their location, far left and right of the top edge of the tablet, makes sense, but there's a bit too much treble and not enough bass, and volume doesn't go nearly high enough. Despite the Bang & Olufsen credentials, audio is not this laptop's strong suit.

In its eagerness to get the HP ZBook x2 G4 out for review, I was sent a US specification. My review unit ran an 8th Generation Intel Core i7-8650U CPU with 32GB of RAM and a discrete Nvidia Quadro M620 GPU with 2GB of VRAM. For storage, it had a 512GB PCIe SSD.

Ports and slots are primarily ranged along the right short edge of the tablet, which houses a fingerprint sensor, an SD card reader, full sized USB 3.0 and HDMI ports, two USB-C/Thunderbolt 3 ports and the power input. The left edge houses a 3.5mm headset jack, the power button and two volume buttons.

HP claims that the ZBook x2 G4's 4-cell 70Wh battery will deliver 'up to' 10 hours of life, but we found battery life disappointing in practice. With the laptop on 'best performance' mode and screen brightness at 100 percent, it depleted to 54 percent in just two hours. A more conservative 75 percent screen brightness dropped it down to 45 percent in three hours. The bottom line is that you're unlikely to get a full day's work from this system without recharging at some point.

The HP ZBook x2 G4 is a powerhouse for creative types, and has a lot going for it. The bezel shortcuts for pen users are a highlight, and the pen itself is superb. The detachable configuration has been well thought-out and well implemented. However, the audio subsystem is disappointing and moderate battery life will rule out some use cases.

This is a premium device with a commensurate price tag. It's not for everyone, but if you're looking for a workstation-class detachable with excellent pen input, it's your best choice right now. 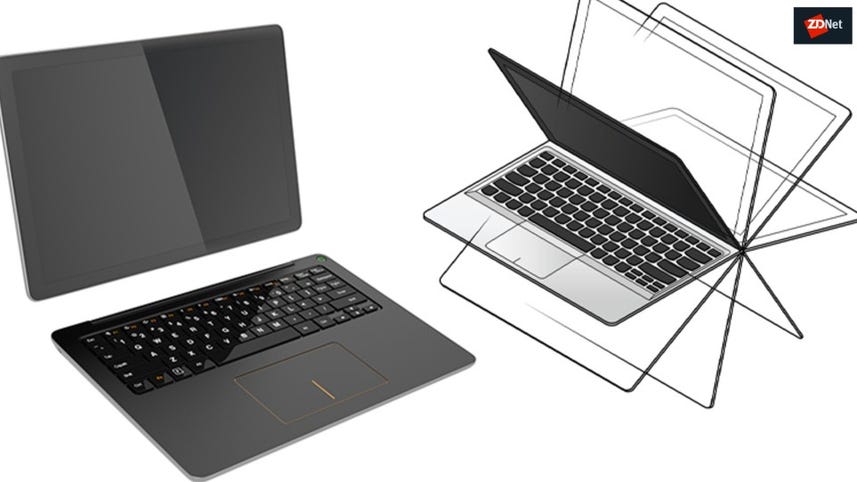 Intel i9 chips could make laptops into mobile workstations for video and creative pros (TechRepublic)
Intel's "highest performance" i9 processors are coming to laptops with a focus on helping content creators get more done on the go.