A couple of months ago I had the chance to take the Huawei Mate 9 for a spin and posted my first impressions. Since then, Huawei has issued a few software updates and yesterday revealed that the Mate 9 was making its US debut starting Friday, January 6. It will be available for only $599.99.

The Mate 9 brings together the big screen and battery of the Mate 8 and the awesome dual-lens Leica camera from the P9 to create the absolute best of Huawei in a single device. These hardware features are then powered by the latest Android 7.0 Nougat and EMUI 5.0 so that this single device has everything an enterprise user could want in a single Android smartphone. The Huawei Mate 9 will be sold as a GSM SIM-unlocked phone in the US at Newegg, Amazon, B&H, and Best Buy.

CNET Review: Miss your Note 7? This is the big-screened phone to buy

A billboard at CES also showed that an Amazon Alexa-powered version of the Mate 9 will be launching in 2017. We don't yet have any details on the Alexa integration, but it could be an interesting move for both Huawei (to reach more US customers) and Amazon (to sell more through an established smartphone brand).

The Mate 9 doesn't have a 2K display, but it still looks fantastic and the EMUI 5.0 software provides you with the ability to scale the display density to your preferred level.

The Huawei Mate 9 will be available in space gray and moonlight silver.

While the 1080p display is not the highest resolution available today, it works well for me in interacting with the device, watching videos, and capturing images. 5.9 inches is a great size for getting work done and spreadsheets look great on the Mate 9 when combined with a Bluetooth keyboard for working on the go.

The Kirin 960 chipset and EMUI 5.0 help the Mate 9 fly and I have yet to see a single slowdown or performance lag. Even with early software over the past couple of months, the device has been stellar and reliable.

It has been a pleasure using devices that I can charge up in the morning and use to my heart's content all day long for 12 or more hours without even glancing for a power cord. I experience this with the iPhone 7 Plus, Google Pixel XL, and also with the Huawei Mate 9. I take my phone off the charger at 4:45 am and can go until 10:00 pm with these three devices.

When you connect a USB Type-C cable to the Mate 9, you can also choose the reverse charge option to use the massive battery in the Mate 9 to charge up other devices. This is a handy feature to charge up headphones or other accessories.

One thing that doesn't often get mentioned is RF signal strength and with the Huawei Mate 9 I am seeing connectivity in areas where my iPhone 7 Plus struggles to even make a call. The Mate 9 has been the best performer I have seen since the Galaxy Note 7, thanks to the inclusion of five 2G bands, 10 3G bands and 20 4G bands.

Even though it was likely not a battery failure that caused the problems with the Note 7, Huawei has 5-gate protection on the Mate 9 so you can rest assured you will experience a safe charging experience with the device. To experience the fastest charging on the Mate 9, you need to use the proprietary SuperCharge adapter. Huawei states you can get a full day's usage out of just a 20 minute charge.

In November I captured some photos with the Huawei Mate 9, BlackBerry DTEK60, and Apple iPhone 7 Plus. You can view the originals in this Flickr album. I then wrote a dual camera comparison article and posted more photos from the Huawei Mate 9, LG V20, Honor 8, and iPhone 7 Plus with the originals contained in this Flickr album. You can judge for yourself, but I find the Mate 9 photos to be the best of all of these phones.

I took the Mate 9 along to New York City for a daddy-daughter Christmas weekend and captured some fantastic shots with the Mate 9. I particularly enjoyed the monochrome photos on the Brooklyn Bridge and wide aperture images. A couple samples are included below:

Since so many readers have been concerned about Emotion UI (EMUI) 4.0, I wrote about the improvements in EMUI 5.0 in my first impressions article. You will see improvements in EMUI 5.0, including an app drawer option, enhanced notifications and quick settings, split screen mode, and Huawei's integrated intelligence designed to analyze your behavior and adapt the device for an optimal experience.

While the default Huawei home screen, with app drawer, is a solid offering, as soon as I tested it out for a few days I loaded up the Google Now Launcher. I prefer to have the Google Now cards available to me with a simple swipe to the right and have enjoyed running this for the past month.

Beyond the EMUI 5.0 improvements, I am a huge fan of the Huawei gallery application and image editing tools that help you develop some creative images to share with family and friends. HTC used to have its own custom gallery and editing tools, but switched to Google Photos. Google Photos is fine for backup and photo management, but a custom gallery with high-powered editing tools provides for a much better experience. The color splash option is my personal favorite on the Huawei Mate 9.

While I haven't yet been able to test the new Amazon Alexa integration, Huawei stated the following in its press release:

Huawei also announced it will bring Alexa, Amazon's cloud-based voice service, to the Huawei Mate 9. Customers can ask Alexa to set an alarm, or build to-do lists; get the weather, traffic reports, and more. In addition, Alexa can also control a broad array of smarthome devices. Available in early 2017, access to Amazon Alexa will be pre-installed in an app on Mate 9, providing customers with a natural, convenient user interface to perform tasks and get information. For existing Mate 9 owners at that time, it will be available by over-the-air update. Huawei and Amazon will collaborate to develop rich voice activated consumer experiences for mobile users.

With the Galaxy Note 7 out of contention, the next closest Android competitors to the Huawei Mate 9 are the LG V20, Google Pixel XL, and Moto Z Force Droid. These are all excellent Android smartphones, but the Mate 9 challenges them with battery life, camera performance, and speed.

The Apple iPhone 7 Plus is also a worthy competitor to the Huawei Mate 9, but I prefer the larger display and smaller bezels of the Mate 9.

I thought we would see the Mate 9 come in at a price close to $800, given what we have seen with UK pricing. The $600 launch price stuns me as that makes it $120 less than the Moto Z Force Droid, $170 less than the LG V20, and a whopping $269 less than the comparable 128GB Apple iPhone 7 Plus and Google Pixel XL. These both only have integrated storage too while you can further expand the storage capacity of the Huawei Mate 9 for a reasonable price.

A couple years ago Huawei released the Ascend Mate 2 in the US and its long battery life and low price made it a compelling choice. Huawei is finally releasing another big flagship in the US with the Huawei Mate 9 and it is one of the best Android phones available today.

The Huawei Mate 9 is a large phone, but for those of use who spend hours each day on our phones, a large display is an asset. Huawei provides a massive 5.9 inch display in a form factor nearly equal to the 5.5 inch iPhone 7 Plus.

While the iPhone 7 Plus and Google Pixel provide great camera experiences, the software on both of those devices is basic and appeals to the masses. I haven't had so much fun with a camera as I did with the Huawei P9 and the Mate 9 makes that even better. The Mate 9 camera is my current favorite and I am thoroughly enjoying all of the advanced capture modes.

The Galaxy Note 7 was my favorite Android device prior to the Google Pixel XL, but after spending time with the Huawei Mate 9 it is clear to me it is an exceptional phone for the business user. Priced at just $599.99, it is the best priced flagship available today. 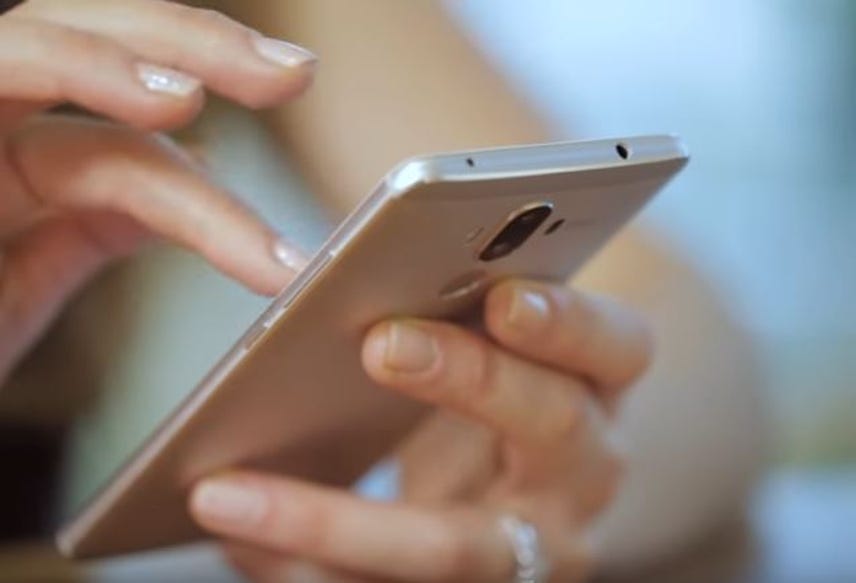