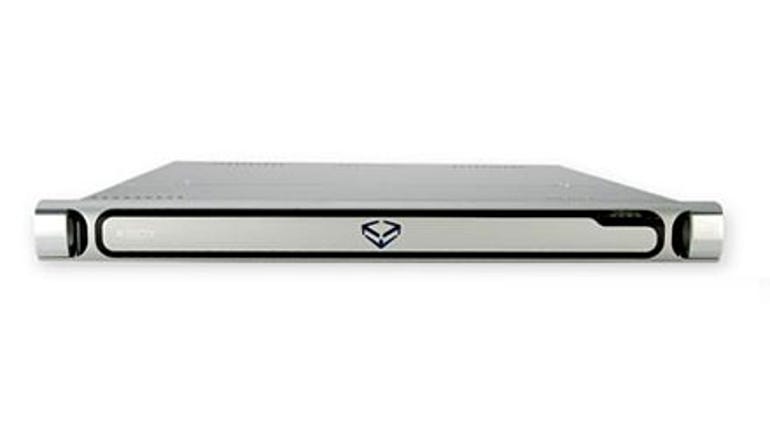 Systems management tools are notorious for being both complicated and costly to deploy -- criticism that Kace claims to address with its Kbox 1000 Series Systems Management Appliance solution. This is an affordable suite of management tools delivered on an appliance, ready configured to plug into your network and start working.

We must admit to some scepticism concerning the benefits of putting systems management tools onto an appliance. Especially when the Kbox 1100 we were sent turned out to be little more than an industry-standard 1U server running FreeBSD software. But then we plugged it in and went through some of the initial JumpStart training, which is included as part of the package, whereupon we were quickly converted.

With a Kace specialist guiding us via a WebEx conference, it took just a few minutes to connect the appliance to the LAN and give it a suitable name and IP address. Then we re-booted and simply logged on to the web-based interface to start managing our network.

One of the first tasks was to discover the devices on the network, which took no more than a few more minutes, before pushing the Kace agent out to the PCs and servers to be managed. We opted for the built-in deployment tool, which proved quick and straightforward, although you can use login scripts or group policy if you prefer. We tested with Windows XP, Vista and Windows Server 2003, but agents are also available for Mac OS and Linux. However, the only official Linux support at present is for the Red Hat Enterprise distros.

Having deployed the clients, we could then collect detailed inventory information, to see exactly what hardware we had and the software installed on each system. Inventory data is collected very quickly and can be updated on demand or according to a schedule. You can also group managed systems together using what Kace calls "labels".

Labels can be used to group systems using their location, hardware and software attributes, and each system can be assigned multiple labels. So, for example, we created a label for PCs with more than 1GB of memory and another for those equipped with the latest .NET framework. We could also assign dynamic filters so that when more RAM was fitted, or the .NET framework installed onto a PC, it was automatically relabelled the next time an inventory was run.

We found labels intuitive and very useful, particularly when it comes to software distribution. Support for basic installation over the LAN using EXE, MSI and ZIP files comes as standard, but of greater interest is the newly available Virtual Kontainer module. This is an optional add-on that can be used to create and distribute virtualised applications rather than install them in the conventional manner.

The big benefit of Virtual Kontainers is that they enable applications to be installed into self-contained virtual environments that run without the need for any underlying registry changes, the presence of supporting DLL files and so on. As with similar software-based tools, you have to create a separate Kontainer for each OS and service pack you want to use, and run through a typical install on a model PC. However, this proved remarkably easy because -- like everything else -- the whole process is managed remotely via the Kbox appliance.

Patch management is another key feature of the Kbox, with Kace teaming up with Lumension to use its PatchLink solution. This can be configured to collect and distribute updates for Windows and Mac operating systems, plus application patches from both Microsoft and other leading developers. For customers with Dell systems, close integration with Dell's OpenManage update service is another useful feature. There's also an optional security audit and enforcement module, to identify and remediate common security vulnerabilities.

The Kace appliance can be configured to use Lumension PatchLink to download and distribute OS and application updates. (Credit: CBS Interactive)

Other tools include remote control and easy-to-use scripting, complete with a graphical script editor and sample scripts for a variety of common management tasks. A self-service portal is another useful feature, together with an optional helpdesk module. There's even a module to manage Apple iPhones.

Thanks to the JumpStart training, it took us just a few hours to become confident with the Kbox -- Kace reckons to be able to get most customers up and running within a day. Built-in dashboards and alerting facilities help with ongoing management and if the integrated reporting facilities aren't enough you can link the Kbox to a variety of third-party reporting tools.

There are few drawbacks with the Kbox: the web-based GUI has a few quirks, and when things go wrong it can take a little hunting about to discover the cause; there's also quite a lot to master, but overall it compares well against software-based suites, some of which can take weeks to get to grips with.

Although it may seem a little expensive, the Kbox compares well against the software-only competition -- especially when you factor in the cost of hardware and bundled JumpStart training. Moreover, it's a very scalable solution: the Kbox 1100 we tested is recommended for up to 3,000 nodes, while the larger Kbox 1200 can handle up to 20,000. Multiple appliances can also be deployed on larger distributed networks with a VMware virtual appliance one final option.