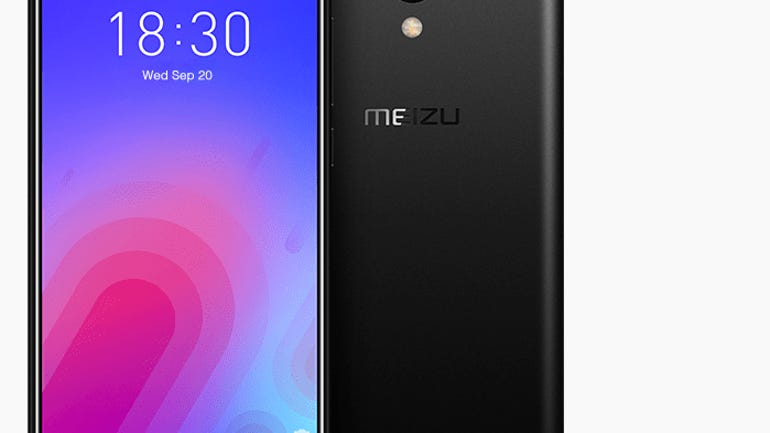 I like the Meizu range of devices. They have sleek curved designs that are pleasing to the eye. They perform well and have a range of prices to suit most budgets.

I like the way Meizu has departed from traditional Android builds and has introduced the Flyme OS to give a different Android experience. Whatever it is, the M6, does not disappoint.

Inside the box, it is obvious that this is a basic workhorse of a device. Of course, for a sub-$200 phone, I do not expect additional extras, like the Doogee Mix grip ring or the soft case for the Elephone S8. This is a no-nonsense phone that has its features inside the device.

The body of the phone is a polycarbonate coloured unibody available in four metallic colours: Black, silver, blue and gold. It has a 5.2-inch screen with a 1,280 x 720 resolution and 282ppi.

It has a 3,070mAh battery -- not as big in terms of capacity as other phones I have tried, but I found that the battery life was OK, especially when using the scheduled on and off feature to switch the device off at a pre-determined time.

The front camera is an 8-megapixel, f2.0 aperture, 4-element lens. Mosaic mode enables you to blur, pixelate, or obscure parts of the image. Images are good, and shutter lag is minimal.

The phone runs Android 7.0 with Meizu's own version of its Flyme operating system. There are some useful privacy features here. You can store private contacts, apps, images, videos, and files, and you can unlock them with a specific fingerprint.

The M6 has an eye-friendly mode that softens the blue glare of the screen from sunset to sunrise. You can configure the colour temperature to suit your preferences.

The fingerprint reader is fast and accurate. It can also used to securely authorize payments with a tap.

Meizu also included gesture wakeup and alphabet gestures that will initiate your chosen app. The M6 also has a 'kid space' feature. Here, you can set a time limit for your child to use the phone to protect their eyes, lock the phone when it reaches a specified level of battery, and assign apps that your children are allowed to use.

The M6 also has a game mode that will optimise the user experience when playing game and enhance the system performance. Notifications can be muted and standard phone swipes can be muted.

There are also shortcuts that will launch the camera, play music, and a setting that will avoid unlocking the phone by mistake when it is in the pocket.

All in all, there is little to dislike about the M6. It is a solid, low-cost phone with some useful features. Its sleek looks means it more than matches other enterprise phones for look and feel, whilst its performance would please consumers and business users alike.