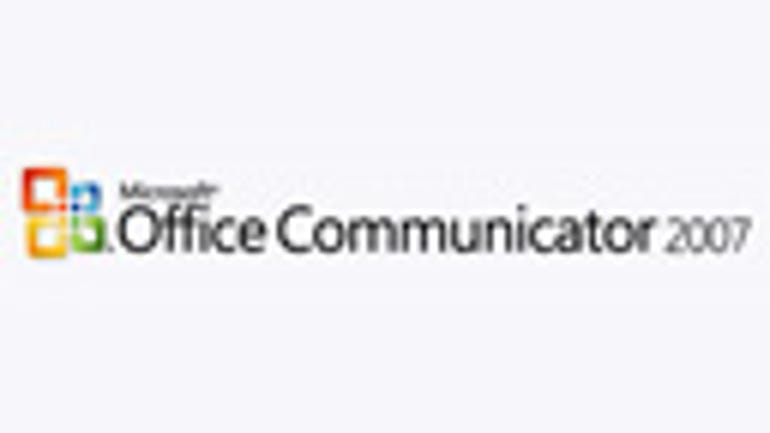 Microsoft has launched Office Communicator 2007, the latest version of its desktop software designed to help business users make and receive voice and video calls and instant messages directly from their PC.

New features include enterprise voice capabilities and enhanced presence functionality. The enterprise voice feature allows person-to-person voice calls to be made using the Communicator software over the LAN. In its basic form, the presence feature enables friends and colleagues to see if other people are currently using their computers. The idea is to streamline communications by taking some of the guesswork out of the process. Thus, if you know someone is available for a brief chat, you can phone them or send an instant message. Conversely, if you know someone is unavailable, you can send them an email instead. As well as being visible in Office Communicator 2007, presence information can also be found in other Office 2007 applications, such as Outlook.

Aimed at enterprise customers, Office Communicator 2007 works in conjunction with Office Communications Server 2007 (OCS 2007), which provides the presence and communications capabilities. So to make even simple voice calls with Office Communicator 2007, you'll also need OCS 2007 running somewhere in your organisation. Microsoft Exchange Server 2007 is also needed to provide voicemail. Similarly, some of the advanced capabilities, such as the ability to handle voice calls to and from any phone in the world, require a gateway connection to a telephone service provider, such as British Telecom.

We installed the trial version of OC 2007onto two PCs: one was a virtual machine hosted by VMware Workstation 5 and running Windows XP Professional; the other was a conventional desktop PC running Windows XP Professional. Both systems also had Office 2007 Ultimate Edition installed. In our tests we also needed to browse to our Certificate Authority (CA) server and click on a few links so that our PCs would accept the OCS 2007 system's certificate. However, in most corporate environments this step would be handled automatically by the IT department.

Office Communicator 2007 shows your contacts and their presence status.

We found it easy to log into OCS 2007 via Office Communicator 2007; once connected, we could see a list of our contacts and their presence status (see above). We could address instant messages to other users simply by typing their OCS username. Likewise it was straightforward to make and receive voice calls over the LAN.