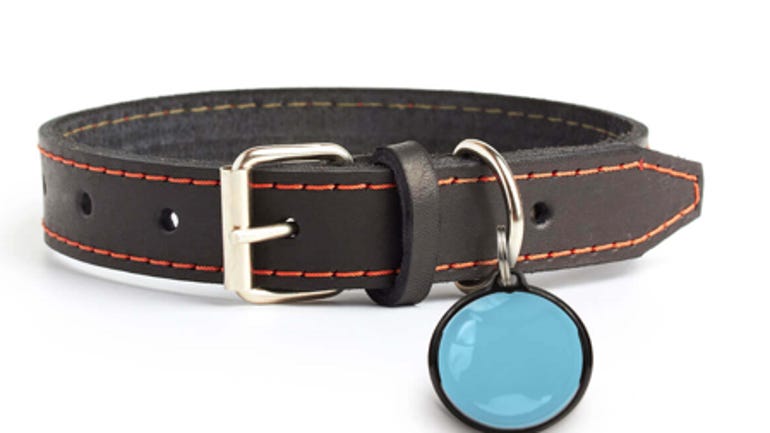 The activity tracker Poof claims to be the smallest device that tracks a pet's daily activity. The device tracks progress, rest, food intake and calories burned.

Poof says that the devices are the "smallest, lightweight and most affordable trackers" available on the market. It also claims that the device has the longest battery life of any pet trackers.

Its 'Pea' and 'Bean' trackers pair with the free Poof app for iOS and Android. According to Poof, over time the device will track progress and trends in your pet's exercise regimen and make recommendations on food servings and activity for optimum health.

The tracker monitors activity, sleep, and calories burned. It also alerts the community if your pet gets lost and creates a lost poster for you to share on social media.

If your missing pet wanders off and appears near someone with the Poof app, you will be automatically notified of their location. You will also be able to reach out to the person who found your pet to see if they can keep an eye on them while you make your way there.

The device also tracks your pets movements during sleeping to alert you to your pet's sleeping habits.

I installed it on two compatible Android devices. I could not see any activity on the app, nor could I see where my pet was.

The only app feature I could use was to generate the lost pet poster to share on social media. This feature certainly is not needed if my pet was just out of sight, but not missing.

I could not update the app, even though the app notifications insisted that I updated it immediately. The app kept crashing or freezing. I gave up on the Android app and switched platforms.

I next installed Poof on an iPhone 6. I could not register it to a different pet until I had deleted the old pet from my Android app. The app then showed me activity levels over a period of time.

The app will only find your pet if he happens to be near someone else with the Poof app installed.

This would be great in towns with a high density of app installs. It is useless in the countryside and will not track your pet if it goes out of range.

I doubt that the density of app installs will ever be great enough for me to use the 'lost pet' feature.

It seems like a good idea, but there is a large variety of phones around at the moment, and a limited list of phones this app can run on.

Until the locator has GPS location services, the 'lost pet' service is a waste of time in rural areas. I can watch my dog to see how much activity it does, I do not need a Poof to show me that.

I had very high hopes for this app, but I was disappointed. I shall continue to use the Tabcat locator for my pets until an accurate GPS locator appears on the market.

The Poof app needs much more development to make it compatible across devices - and work on the interface to stop the app hanging and crashing. Until then, steer clear of the Poof.

I received the following clarification from the makers of the Poof device: "Both the Pea and the Bean do not have GPS functionality built in, so it's not going to actually track your animal's whereabouts (we have plans to introduce a device this year that will have GPS built in, but these 2 devices operate on Bluetooth, not GPS), which means it's anything within range of your phone. When we say Poof is an activity tracker, we mean that it tracks activity, calories and rest."