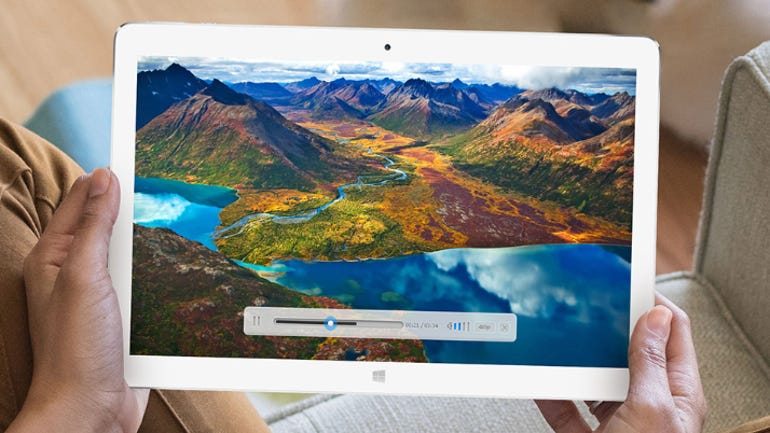 I like the form factor of the Teclast Tbook 16 Pro. It is longer and thinner than other iPad clones I have tried, and more reminiscent of a Surface than an iPad.

Its dimensions are 337 x 217 x 52mm and it weighs about 775g. The keyboard, purchased as an optional extra, feels solid and heavy.

The keyboard attaches to the tablet with a strong magnet, a 'Pogo Pin' assembly, and two lugs. One of the lugs had a burr on it which initially made the attachment a little stiff. This soon improved with repeated use.

It has a MicroUSB port, HDMI, a DC, and a 3.5mm headphone jack. Communication is by Bluetooth 4.0, Wi-Fi, and USB OTG. Pairing was quick and easy across each Bluetooth device I tried. Wi-Fi connected easily to each hotspot and stayed connected.

In the box there is a charger, a USB cable, an OTG cable, and a DC cable. There are user manuals for Android and Windows which, for a Chinese manufacturer, are easy to read, well written and fairly comprehensive.

I initially booted into Windows and set up the OS, then switched to Android. I left this whilst I went for a cup of tea. I must have missed the language selection screen when I was in the kitchen.

My Android defaulted to simplified Chinese language with seemingly no way to switch back to English. I messed around in the settings for ages, using Microsoft Translator to take images of the screen in the hope I could find the setting I needed to change back to English.

Two days later, a friend noticed the similarity in the settings UI, and managed to change the language. Lesson learned. Never leave your PC when building it.

From the OS selector, booting into Windows 10 took about 40 seconds. Android took 62 seconds to boot from the selection screen. It seemed much longer than this. Switching between OS builds also took the same time.

There is an Android icon on the Windows 10 taskbar making switching easy. The OS switcher in Android can be found by swiping down from the top of the screen. To power off from Android, press the power button for three seconds.

There is a front facing 2.0MP camera for video calls. There is no rear facing camera. I did not miss the lack of rear camera at all.

I tend to use Windows for work and the Android OS for leisure and games. With the keyboard attached the tablet feels like a notebook. It is certainly faster than other SSD notebooks I have tried, although it is nowhere near as fast as a laptop.

Performance is adequate when I'm out and about. I would, however, find it a challenge if this was my only device.

I was disappointed to notice that there was no GPS on the tablet. I did not realise how much I used it until it was not available to me. There also is no 2G/3G/4G, although the tablet will support an external 3G card.

There is no SIM slot. I did not expect to use 3G, although when in areas without Wi-Fi this could have been useful. I would tether to my phone if I needed cell data.

The Windows 10 OS version is 10586 - which is not the latest build. I am running 14393 on my work laptop. The thought of pulling down a significant windows update over my 1mb broadband is something I am not looking forward to at all.

In Android, I could not remove the Chinese app icons which I found frustrating. These are system apps that come in the OS build. I hid them in a folder but could not get rid of the notifications. I assume that this is not an issue with tablets built for the US market.

This tablet seems to be positioned for the mobile worker who needs access to office files and documents. I would need a higher powered machine if it was my only device.

But for a grab and go workhorse, presentation laptop, or triage tablet, the Teclast Tbook 16 Pro more than adequately fits the bill.