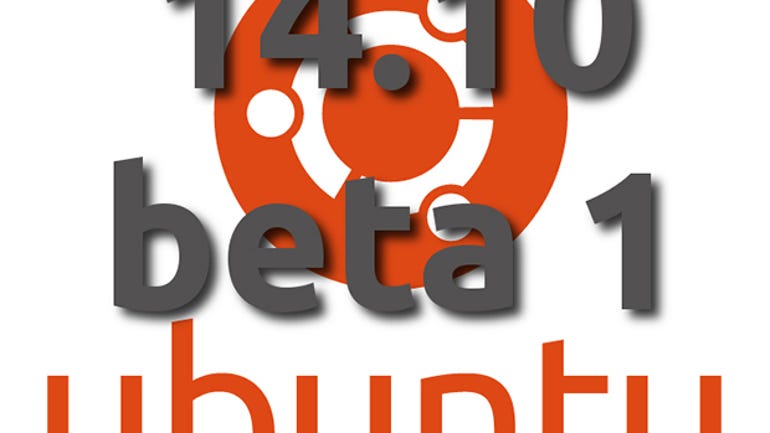 Every year by about this time, with the release of the first beta, most Ubuntu commentators have already filed their final story on Ubuntu x.10 for the desktop — well in advance of the final release in October.

This time around, with the upcoming release of Ubuntu 14.10 (Utopic Unicorn) for the desktop, the mediasphere is surprisingly quiet on the subject, and there's not much news coming out of Canonical. Mark Shuttleworth's recent blogposts, are all about the cloud friendliness of Canonical's products, and so far have nothing to say about the new desktop release.

Jono Bacon's blog, usually a helpful information source, no longer applies, since Bacon left Canonical and his post as Ubuntu community manager at the end of May to become senior director of community at XPRIZE. Until a replacement for Bacon is announced, the four-person Ubuntu community team will bridge the gap.

Like the rest of the industry, Canonical seems to be focusing the majority of its development resources on smartphones and tablets, with the desktop version of Ubuntu now taking something of a back seat.

If you've been following Ubuntu 14.10's progress by installing the alpha releases, you'll have noticed... very little. So far, with this beta release, Ubuntu 14.10 looks and behaves almost exactly like 14.04 LTS (Trusty Tahr) — and, for that matter, 13.10, 13.04 or even 12.04 LTS. Of course there are many changes under the hood, as evidenced by the usual flood of (almost daily) updates, and as ever the new release is built around a new iteration of the Linux kernel — version 3.16. Updating to a new kernel is always a good thing as it brings a host of optimisations and support for new hardware. The same goes for the new iterations of the main applications included in the Ubuntu distribution.

Ubuntu 14.10 will ship with version 4.3.0.4 of the LibreOffice productivity suite, the Firefox browser and the Thunderbird email client, both at version 31.0. Other applications installed by default include version 3.10.0 of the Brasero disk burner and the Rhythmbox music manager and player (version 3.0.3). The Inkscape vector graphics editor (version 0.48.5) and GIMP bitmap graphics editor (version 2.8) are available for installation from the Ubuntu Software Centre.

The default browser in Ubuntu 14.10 for the desktop remains Mozilla's Firefox, which is now at version 31.0. It's quite a shock to realise there have now been so many releases of this backbone open-source application. Versions 31.0 of both Firefox and Thunderbird, released on 22 July, have already been provided as an update for all current versions of Ubuntu desktop.

Canonical also includes its own Ubuntu Browser in this release (at version 0.23 in this beta). Canonical has said nothing about this addition, which has also appeared as a default update to Ubuntu 13.10. It's a simplified browser developed as an Ubuntu for Phones core app and designed for gesture-based operation. As such, it serves as a demonstration of how apps developed for Ubuntu for Phones and tablet will operate on the desktop. Ubuntu Browser's right-click Dash description describes it as a "Lightweight browser tailored for Ubuntu, based on the Oxide browser engine and using the Ubuntu UI components".

In a post on his blog, Ubuntu developer Chris Coulson explains that previous development was based on the use of WebKit ports, but this complicated the provision of browser support and long-term maintenance. Oxide was developed to solve this problem.

There is no sign of UnityNext/Unity 8 in this beta, even as a preview. Ubuntu 14.10 still runs Unity 7 (version 7.3.1 to be more precise) and, at least for the desktop, the much-hyped goal of convergence is starting to seem like an ever-receding target. Unity 8 goes hand-in-hand with the Mir display server, and in a Q&A following his keynote speech for the vUDS (virtual Ubuntu Development Summit) in March, Mark Shuttleworth said he does not now expect Mir as default on the desktop until Ubuntu 16.04 LTS at the earliest (around 29 minutes into the video).

However, as Shuttleworth points out, Mir is already the display server for Ubuntu on smartphones and tablets — platforms where Canonical has a narrower and more defined range of hardware to support. A possible stumbling block in Mir's path may prove to be the reluctance of graphics chip companies to support it in their drivers. A constantly updated page on the Ubuntu Wiki lists Mir-compliant graphics cards; this page also has instructions for installing Mir in its current development form, should you wish to test a graphics card for compatibility.

The official release schedule for Ubuntu 14.10 (Utopic Unicorn) shows a second beta on 25 September and the final release on 23 October. We will report on any significant changes for each milestone.

Daily build install images are available — these must be burnt to a DVD or USB drive for installation as they won't fit on a CD. Ubuntu 14.10 is still in development, so it's not recommended that the betas are used for production or mission-critical tasks.

Ubuntu 15.04 for the desktop, which is due for release at the end of April 2015, has yet to receive an alliterative 'Adjective Animal' code name.

As mentioned above, there is no included preview of the proposed converged desktop in this release. However, Canonical has made a preview Unity 8 on Mir session for Ubuntu 14.10 available as a separate ISO download for evaluation and testing. The Unity Desktop Next has been available as a daily updated image since June. According to the Ubuntu Wiki's Unity8DesktopIso page: "The goal is to ramp up the quality of the unity8 desktop, without destabilizing our current environment. For that we are going to keep an unity7 image and add a new one for unity8 on the desktop, that new iso should become the default one by 16.04."

A DVD-R or USB drive is required to accommodate the ISO. Following boot the usual Ubuntu options of Trial without install or Install are presented.

Unlike the current beta of Utopic Unicorn, which still uses the Ubuntu-developed Upstart init daemon, Ubuntu Desktop Next has switched to systemd. When run as Trial on several of our (admittedly now rather mature) test PCs, systemd kicked out several error messages and the greeter login was as far as we could get. As indicated on the Unity8DesktopIso page under Known Issues: "If the image boots to a greeter login, it's likely that the unity8 session fails to start (that's the case in VMs for example)."

We were more successful when we chose a full install, but at present Ubuntu Desktop Next is still in a very early, rudimentary stage of development and the interface still runs in phone mode. Touch gestures from the edges of the display seem to be expected and launched apps run in full-screen mode. There is no screenshot utility, so we were unable to capture example screenshots.

Up until now Ubuntu releases have been installable on and delivered acceptable performance even on older machines. Hopefully this won't change when the fully converged desktop comes on stream.