Ultimate Ears on Tuesday announced a software update to its UE Boom line of speakers. The update enables a new PartyUp feature, which makes it possible to blast the same audio through a total of 50 speakers.

For the past week, I've had access to a preview version of the software, as well as a four UE speakers (three UE Boom 2 speakers, and one UE Megaboom speaker). I've used the speakers in a series of situations and settings -- from in my home office to outside -- in an effort to blanket my yard with music.

After a brief software update through the mobile app, you can initiate PartyUp directly within the UE Boom or UE Megaboom app on your Android or iOS device.

From the main screen, you swipe once to the left. There, you'll find your main speaker in the middle of the display with color-matching icons of any nearby UE Boom, UE Boom 2, or UE Megaboom speakers along the bottom.

To be clear: you do not have to own or have previously paired the additional speakers to your phone or tablet. A friend or family member can bring UE Boom speaker to a BBQ, for example, and if it has the most current software installed, PartyUp will see it.

To add a speaker to the party, you only need to drag and drop it into the middle of the screen. It doesn't matter if the speaker is powered on or off, the app is able to detect and then power it on once you remove it from the bottom shelf.

A few seconds later, the speaker is powered up and starts playing the same audio as the main speaker. You can repeat this process for up to 50 speakers.

Actually, that's not entirely accurate. The company is officially stating 50 speakers, but it has successfully tested 150 speakers connected via PartyUp without issue.

When you want to end the party, you can drag the main speaker to the bottom of the screen and everything stops. It's incredibly easy to set up and use.

All speakers are treated as one when using an app on your mobile device, meaning any changes in volume are carried across the party. If you use the physical buttons on one of the speakers to adjust volume level, it does not change on the rest of the speakers. Instead, a button to sync volume will show up in the app.

I appreciate the thought Ultimate Ears put into the user experience of connecting and controlling multiple speakers. As someone who has used Sonos speakers throughout my home for the past few years, I've grown increasingly frustrated with the Sonos apps and managing speakers. 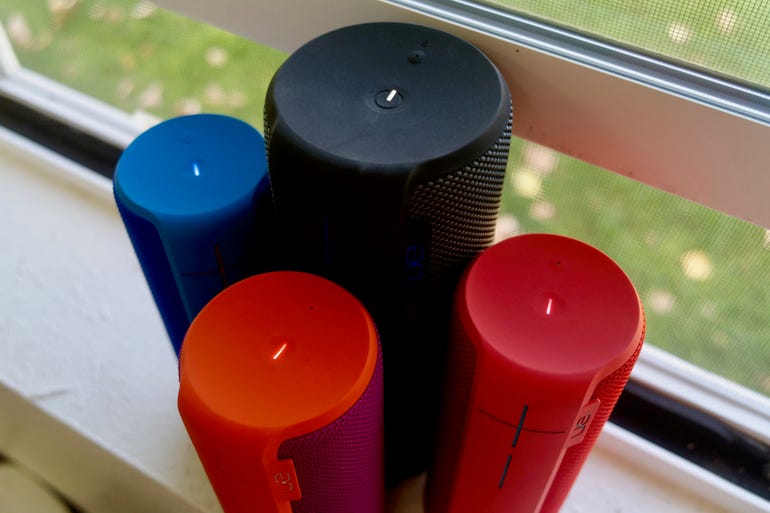 As with any Bluetooth device, there are limitations with PartyUp and the UE Boom series of speakers. You can expect a maximum range of 100 feet from the main speaker depending on your environment.

While testing the speakers in my back yard, I placed all four demo speakers roughly 100 feet from the UE Megaboom that was connected to my iPhone and streamed music without issue.

The experience wasn't as impressive indoors due to walls and appliances interfering with the Bluetooth connection between the speakers and my phone. That's to be expected, of course. It's common for Bluetooth connections to suffer from interference and connectivity issues when inside.

Speakers old and new can party

Perhaps the most impressive part of the update is that it does not require new hardware. If you purchased the original UE Boom the day it was available, it will work with PartyUp. Same goes for the UE Boom 2 and UE Megaboom. A software update is all that is required.

In tandem with the PartyUp update, Ultimate Ears is launching Party Packs. You can mix and match multiple UE Boom 2 ($199) and UE Megaboom ($299) speakers and receive a discount on sets of two, five, or 10 speakers. The discounts aren't much, at five, 10, and 15 percent, respectively.

You can find the speakers for less than what you would get in a Party Pack on Amazon, with the UE Boom 2 as low as $166 and UE Megaboom as low as $248 at time of writing. 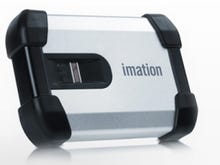