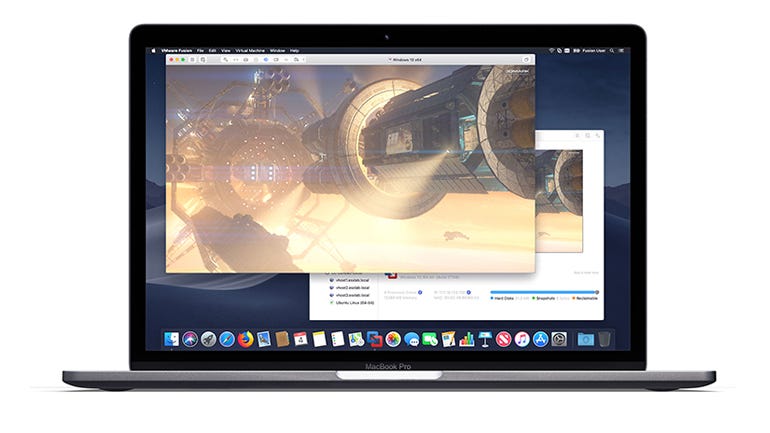 A few years ago, it looked as though VMWare's Fusion had ceded the market for Mac virtualisation software to its arch-rival, Parallels Desktop. The company stopped trying to match Parallels' regular schedule of updates, and instead focused on its corporate products and services, such as VMware Workstation and vSphere.

But, at the recent VMworld conference, CEO Pat Gelsinger once more emphasized his strategy of 'any device, any application, any cloud', and it would appear that 'any device' still includes the Mac, as the company has just given Fusion its most significant update in recent years.

Many of the new features in Fusion 11 are simply intended to bring it into line with recent developments on both Mac and Windows platforms, including compatibility with the new macOS Mojave as well as the latest 18-core iMac Pro and 6-core MacBook Pro models. You can now create virtual machines (VMs) on your Mac that run the latest 2018 updates for Windows 10 and Windows Server, along with additional operating systems such as Ubuntu 18.04.1, Fedora 28 and Debian 9.5. Recent Mac models that support Apple's Metal graphics API can also run Windows virtual machines with Direct X 10.1 in order to improve graphics quality.

Fusion doesn't have the slick graphical interface of Parallels Desktop, but version 11 includes a redesigned Applications Menu, which sits in the Mac's main Menu Bar at the top of the screen for easy access. If you use multiple virtual machines on your Mac, the new menu allows you to quickly browse and select your VMs, and also to control individual VMs even when they're not running. The menu can be used to start, shut down or pause a VM, or to switch viewing modes on the Mac desktop.

You can also view a list of all apps that are installed on a VM, and select an app -- such as the Edge browser -- in order to launch the VM with that app already running. And, like Parallels Desktop, Fusion 11 can assign Windows application commands and menu options to the Touch Bar on the latest MacBook Pro laptops.

Even if Fusion isn't as slick as its arch-rival, its greatest appeal for enterprise users may lie in its compatibility with VMware's wider technology portfolio. Fusion 11 can run and share VMs created with other VMware products, such as Workstation Pro for Windows, and supports the latest version of VMware's REST API for developers.

Fusion Pro also provides the ability to connect to vSphere and Workstation servers, as well as more secure encryption when sharing VMs across an organisation. So, while it might not be quite as easy on the eye as Parallels Desktop, Fusion's more flexible pricing and its integration with other VMware products and services may well appeal to many business users.

Pat Gelsinger on the future of VMware
As his company celebrates turning 20, the CEO told ZDNet that VMware is 'just getting started' on its role in the enterprise, and that it will remain very much its own company under the Dell Technologies brand.

Understanding virtualization impact on compute, storage, and networking (TechRepublic)https://www.techrepublic.com/videos/understanding-virtualization-impact-on-compute-storage-and-networking/Match Group's Henry Lin describes the different VMware products that the company is experimenting with across its stack.