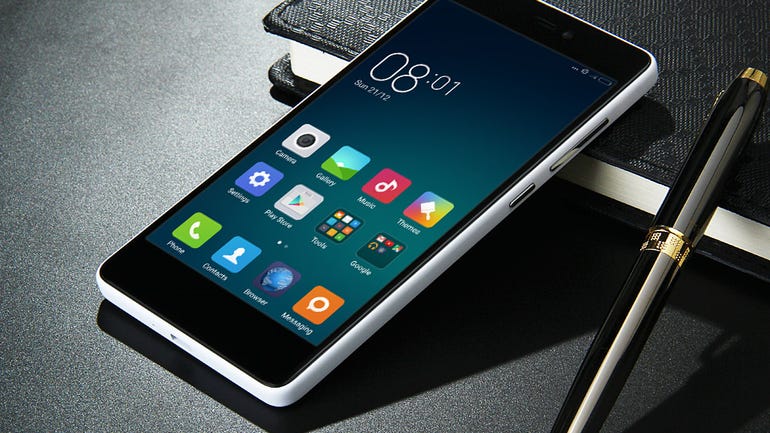 The Mi 4i phablet is my first foray into the Android OS. I like the look of the device and the screen size. I like that it has dual SIM slots for work and home SIMs. It is a popular brand. Chinese mobile company XiaoMi sells more smartphones in China than Apple iPhones.

The user guide consists of a four page leaflet. It describes where the headset jack, front camera and other buttons are. It shows the power and volume buttons, home, back and task button - whatever that is.

The user guide also gives instructions on how to Insert the micro SIM. For the rest of the install I am on my own.

The form factor is nice. The build feels solid and the buttons press well. It is light at 5.29 ounces (150g).

The first setup screen asks me to choose my language. Amongst others, I could choose between English (United States) and English (United Kingdom). The next screen asked me for my location. I encountered my first problem.

UK or US were not options on this list and I could not skip this step. I chose Singapore and clicked next.

I easily connected to WiFi and accepted the terms of service. I clicked "yes" to the Got Google? question and added my Google account.

I then had a couple of "Install blocked" notifications. I clicked allow and cancel a couple of times before I realised that it was installing apps I did not recognise. I decided to deal with these later.

I ignored the request to set up my payment information. For this test I only installed free apps. I skipped the request to create a Mi Account to give me access to the Mi Cloud, MIUI Theme Store and other Mi services.

I ignored additional settings such as location access for apps and sending data for the User Experience program and moved onto the next screen.

I then added a UK SIM which reset my settings, meaning I had to go back and change the time settings again. As a new Android user, I found this very unintuitive and spent a long time trying to find the correct setting to change.

I tried to configure email, but I could not find the icon. Adding a service to the Messaging icon eventually brought up the mail configuration screen. I added my account, password and server name for my hosted Exchange service and my mail synced quickly.

I did not like the native mail app so downloaded the Microsoft Outlook, Word and PowerPoint apps to have standard productivity apps on the device.

After using a Windows phone for 14 years I found the Android platform hard to get used to. In the Outlook app, opening an email brought up a blank screen until the email populated.

This time lag was frustrating -- as were the threaded conversation icons which reduced the readable information on screen.

I also noticed apps on the device that I had not installed -- and did not trust. DU speed booster, DC Share and Clean Master are system apps, installed by the OEM and can not be uninstalled.

Clean Master especially looked like a spam app with red, bold font alert warnings that appeared immediately after I initialised the phone.

I quickly got used to the new operating system and had no problems with any of the Windows apps I tested from Google Play store.

The device's major issue is its lack of locale choices. This phone has currently been built for the Asian market.

It would be an easy fix to add locale information to the device and make it a truly global piece of hardware.

Although I have only been using the device for a couple of weeks, I am already comfortable with its features and find that I have installed more and more apps each day. For under $230 the Mi 4i, unlocked to work across most networks, is certainly a very good buy.