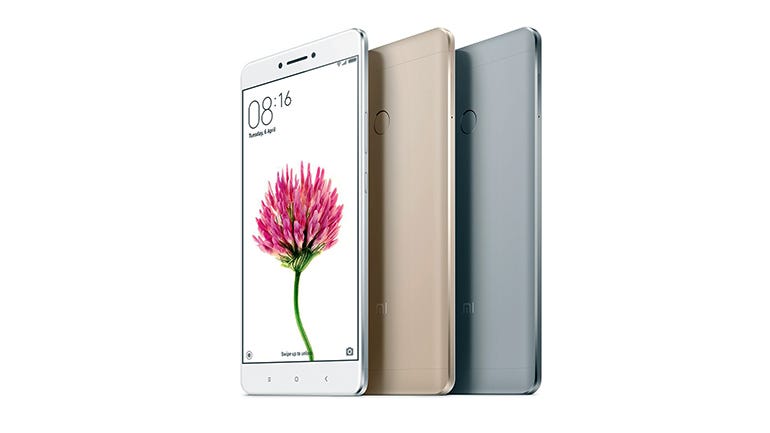 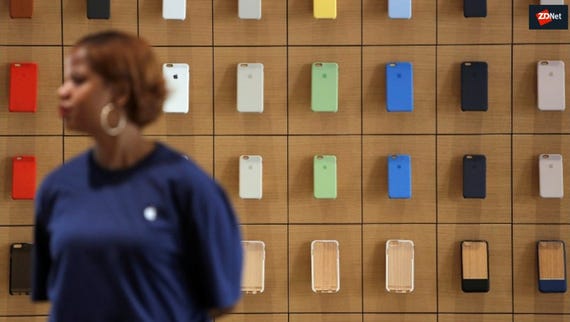 Made in China: The coming iPhone apocalypse
Watch Now

Over the years I've handled some whopping big phones, Sony's 6.4-inch Xperia Z Ultra and Samsung's 6.3-inch Galaxy Mega being noteworthy examples. The Xiaomi Mi Max is one of the biggest though, boasting a 6.44-inch display. Only the gargantuan 6.8-inch ZenFone 3 Ultra from ASUS is bigger.

Now any smartphone with a screen the size of a small tablet has to be too big, right? Not necessarily. You see, the key metric here is how much of the fascia is taken up by the display. The front of the Mi Max is almost 75 percent screen. By contrast, the 6.4-inch Sony Xperia Z Ultra was only 68.3 percent screen, while Apple's 5.5-inch iPhone 7 Plus is just over 67.5 percent.

The important question is, can you use the Mi Max with one hand? I could, and I hardly have the hands of a navvy. The volume and power buttons have been placed far enough down the right-hand side to make them easily accessible and I could reach all the icons in the lower half of the screen with my thumb without any problem. The same goes for the impressively reliable fingerprint scanner on the back.

To further assist users, Xiaomi has installed a one-handed mode. Enable this with a swipe to the left or right across the capacitive buttons below the screen and the UI shrinks into the respective corner. You can opt to render a 3.5-, 4- or 4.5-inch version of the display (see image, right). Once you've mastered this, single-handed use is no problem.

The only real issue with the Max's size is the danger of bending it if you sit down with the thing in the back pocket of your trousers. Now I've no reason to suppose this will happen -- the device feels solid enough and is perfectly stiff about its long axis. But anything that's nearly 17.5cm long and only 7.5mm thick has the potential to fold where it's not supposed to when under buttock-induced stress.

The ability to accommodate the necessary compromises needed to live with a device this size really depends on what you use your phone for. When it comes to reading e-books, watching videos and gaming, the Mi Max is without equal.

Playing a first-person shooter like Dead Effect 2 on a screen this size is a revelation simply because you can put your fingers where you like and still see what's going on. It goes without saying that the Mi Max has a larger display than the basic Kindle.

Incidentally, watching video and gaming is enhanced by the decent, if solitary, speaker that hides behind the right-hand grille next to the USB (sadly Micro- rather than Type C) port at the bottom. Granted the Mi Max is no match for the likes of the Motorola Moto X Style in the sound stakes, but it still produces a composed sound with no lack of volume.

The Max's display boasts a resolution of 1,920 by 1,280 pixels, so compared to similarly endowed 5.5-inchers the pixel density is lower - 342ppi vs 401ppi. But if you can tell the difference between those two densities with the naked eye, your eyesight is better than mine.

The display itself is an IPS LCD affair that delivers very robust viewing angles. Colours looks vibrant and are well saturated, although contrast and visibility in direct sunlight are no more than average. You don't need to worry about damaging the screen: it's covered in a sheet of Gorilla Glass 3 and so should shrug off all but the most determined abuse.

Those results are broadly comparable with the likes of the Snapdragon 810-powered Nexus 6P or the Kirin 955-powered Huawei P9. Performance should not be an issue.

In a device this size there really is no excuse for a small battery, so Xiaomi has shoe-horned in a (non-removable) 4,850mAh unit. That's the highest capacity battery I can think of fitted to any phone. ASUS's ZenFone 3 Max, for example, 'only' manages 4,600mAh. It pays dividends: my usual battery test is to loop a native-resolution MP4 video using VLC with screen brightness and volume set to 75 percent. The Mi Max lasted for just over 17 hours under these conditions.

I regard anything over 12 hours as good, so if the Xiaomi's handset had done any better than it did I'd have assumed witchcraft was involved. If there's a phone out there than can last longer on a charge, then it and I have yet to cross paths.

There's nothing exceptional about the Mi Max's cameras, but that doesn't make it a photographic also-ran.

On the back there is a 16MP camera with phase detection autofocus, a f/2.0 lens and a dual-tone flash. Around the front you'll find a 5MP webcam with an 85-degree f/2.0 lens. The main camera can shoot video at 2160p as well as 720p slow-motion (although digging about in the UI to change the resolution for slo-mo is a faff). There's a time-lapse option too.

I found the Mi Max's camera capable of taking a sharp, colourful image in most circumstances. For low-light photography there's a Hand Held Twilight (HHT) mode that takes six shots at a high ISO setting. The idea is to avoid motion blur and to reduce the noise by combining multiple shots. It works.

The camera app is well endowed with filters and has a nicely tuned HDR mode. There's also a solid selection of manual overrides if you want to get all professional. All in all, I found the Mi Max's imaging abilities rather impressive.

This being a Xiaomi device, you get Android 6.1 dolled up as MIUI. Visually, MIUI makes Android look like iOS right down to the elimination of the app tray. Personally I'd recommend installing a launcher like Nova or Google Now as the first order of business.

Installing a new launcher doesn't mean you will lose any MIUI functionality, like the capacity to reassign the function of the capacitive buttons (see above) or fiddle with the notification LED. The option to show your cellular data usage in the notification bar is a handy touch too. The only downside with MIUI is that I can't seem to make it play nice with Android Auto.

As for updates, Xiaomi is better than most manufacturers at rolling them out, thanks to it running MIUI as an almost standalone concern. Will the Mi Max get the Nougat-based MIUI 9? I think it more likely than not. The MIUI website and forums are a goldmine for anyone who likes to mess about with their ROMs.

As is common with many Chinese smartphones, the Mi Max is a dual-SIM device. However, the hybrid SIM tray means you can use a second SIM or a MicroSD card, but not both.

There is no NFC chip in the Mi Max, but otherwise connectivity is comprehensive with a dual-band 802.11ac wi-fi radio, Bluetooth 4.2 and support for LTE bands 1, 2, 5, 7, 38, 39, 40 and 41. There is also an infrared transmitter, so you can use the Mi Max as a remote. Call quality, signal reception and GPS-lock were all faultless during my test.

The cherry on the cake here is the price. Order it up as grey import and the 64GB Mi Max Prime is yours for around £210, although with Sterling tanking that may have changed by the time you read this. It's quite literally a lot of phone for the money.

Thanks to GearBest for supplying our review unit.