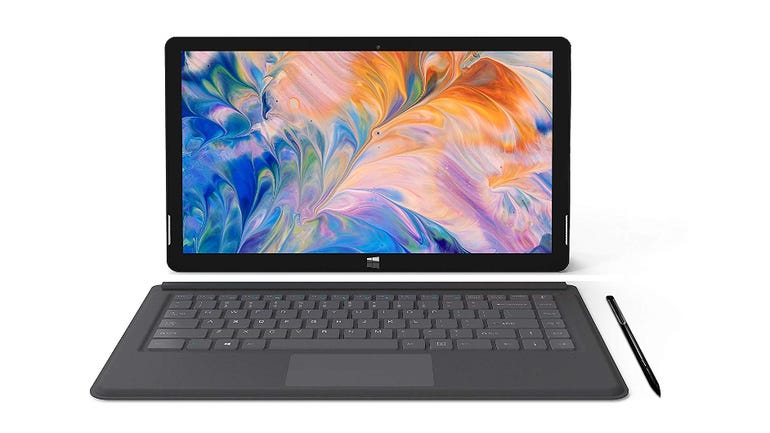 I was pleasantly surprised with the Xidu PhilPad 2 in one tablet. Some Microsoft Surface clones do not seem to perform too well. Apps lag, the response is slow, and the whole experience is a drag. This 2-in-1 tablet is rather good for mobile workers.

You can extend the storage to 256GB with a TF card, which sits underneath the kickstand on the back of the tablet.

The form factor is streamlined, too. There are two buttons on the top of the tablet for power and speaker volume. On the side, there is a 3.5mm headphone jack, a USB C port, and two USB A ports. Power is supplied through the USB C port.

The PhilPad is powered by an Intel Atom E3950 quad-core running at up to 2.0GHz and it has an Intel ninth-generation HD graphics chip.

It has a 2MP front-facing camera and a 5MP rear-facing camera -- although I'm not sure that you would want to use the camera outside – The form factor seems a little large for an outdoor camera.

However, images taken with the rear camera are surprisingly good, and there is a range of editing tools to enhance or adjust the image.

The speakers are adequate for such a small tablet, although quite quiet. However, as I work with a headset connected to the PC – or external speakers, I was not too bothered about the low volume.

The stylus, which is included with the tablet, works well and is fairly responsive. You do need to provide an AAAA battery for the stylus, though.

Sometimes the stylus did lag in performance, and I fiddled around pressing the two buttons on the stylus in case they behaved like mouse buttons.

I love the feel of the keyboard, which is also included with the PhilPad. It has nice clicky keys with a good range of travel, and for touch typists, there are locator lugs on the keys on the middle row so you know where you are without looking.

The tablet comes with Windows 10 Home build 17763, and I found that the battery lasted me a little over five hours -- not the eight hours that is promised by the manufacturer.

I tried to stress the tablet by running all the apps I wanted to and found that --with the resource-hungry apps, video, office, and Facebook on Edge on all day -- it did struggle quite a bit, but my desktop PC runs out of resources, too.

The detachable keyboard/cover was solid enough for me to stuff the laptop into my bag and lug it around as my main machine. I didn't miss my other laptop at all.

All in all, the Xidu PhilPro is a nice workhorse, which performs well for office or home. And, at under $400, this stylish looking 2-in-1, won't completely break your budget.