Genevieve Carlton holds a Ph.D. in history from Northwestern University. After earning her doctorate in early modern European history, Carlton worked as an assistant professor of history.

The history of computer science provides important context for today's innovations. Thanks to computer science, we landed a person on the moon, connected the world with the internet, and put a portable computing device in six billion hands.

Milestones in the history of computer science 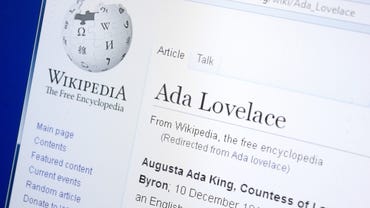 In the 1840s, Ada Lovelace became known as the first computer programmer when she described an operational sequence for machine-based problem solving. Since then, computer technology has taken off. A look back at the history of computer science shows the field's many critical developments, from the invention of punch cards to the transistor, computer chip, and personal computer.

1890: Herman Hollerith designs a punch card system to calculate the US Census 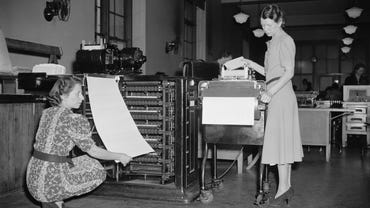 The US Census had to collect records from millions of Americans. To manage all that data, Herman Hollerith developed a new system to crunch the numbers. His punch card system became an early predecessor of the same method computers use. Hollerith used electricity to tabulate the census numbers. Instead of taking ten years to count by hand, the Census Bureau was able to take stock of America in one year. 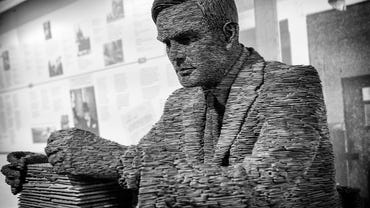 Computational philosopher Alan Turing came up with a new device in 1936: the Turing Machine. The computational device, which Turing called an "automatic machine," calculated numbers. In doing so, Turing helped found computational science and the field of theoretical computer science. 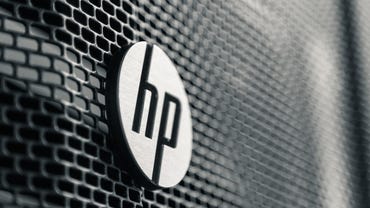 Hewlett-Packard had humble beginnings in 1939 when friends David Packard and William Hewlett decided the order of their names in the company brand with a coin toss. The company originally created an oscillator machine used for Disney's Fantasia. Later, it turned into a printing and computing powerhouse. 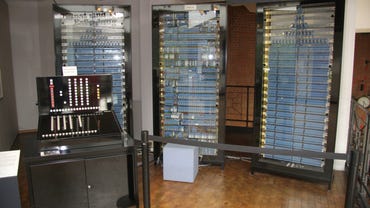 World War II represented a major leap forward for computing technology. Around the world, countries invested money in developing computing machines. In Germany, Konrad Zuse created the Z3 electronic computer. It was the first programmable computing machine ever built. The Z3 could store 64 numbers in its memory.

The ENIAC computer was the size of a large room -- and it required programmers to connect wires manually to run calculations. The ENIAC boasted 18,000 vacuum tubes and 6,000 switches. The US hoped to use the machine to determine rocket trajectories during the War, but the 30-ton machine was so enormous that it took until 1945 to boot it up. 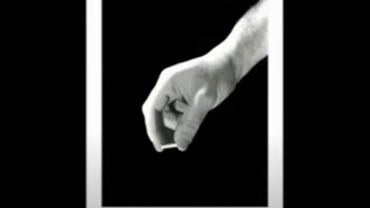 Transistors magnify the power of electronics. And they came out of the Bell Telephone laboratories in 1947. Three physicians developed the new technology: William Shockley, John Bardeen, and Walter Brattain. The men received the Nobel Prize for their invention, which changed the course of the electronics industry.

1948: Tom Kilburn's computer program is the first to run on a computer 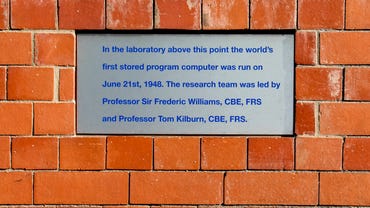 For years, computer programmers had to manually program machines by moving wires between vacuum tubes, until Tom Kilburn created a computer program stored inside the computer. Thanks to his computer program, a 1948 computing machine could store 2048 bits of information for several hours. 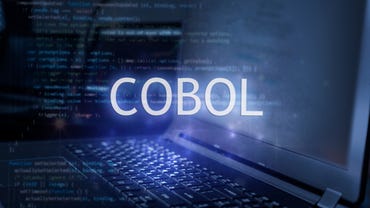 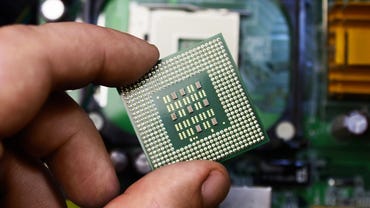 Working independently, Jack Kilby and Robert Noyce came up with an idea: an integrated circuit that could store information. The microchip, as it became known, used the transistor as a jumping off point to create an entire computer chip made from silicone. The computer chip opened the door to many important advances. 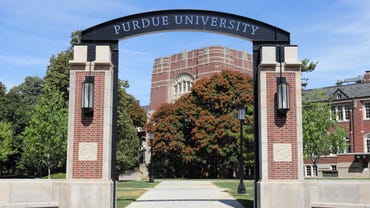 1964: Douglas Engelbart develops a prototype for the modern computer 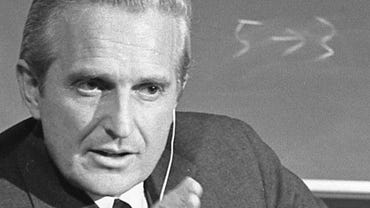 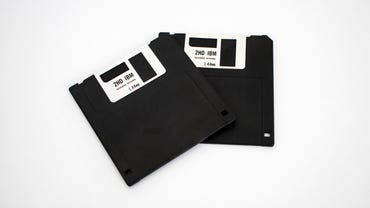 The floppy disk might be a relic of the past in the 21st century, but it was a major leap forward in 1971 when IBM developed the technology. Capable of storing much more data and making it portable, the floppy disk opened up new frontiers. That same year, Xerox came up with the laser printer, an invention still used in offices around the world. 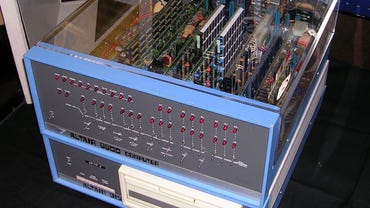 By the 1970s, inventors chased the idea of personal computers. Thanks to microchips and new technologies, computers shrunk in size and price. In 1974, the Altair hit the market. A build-it-yourself kit, the Altair cost $400 and sold thousands of copies. The next year, Paul G. Allen and Bill Gates created a programming language for the Altair and used the money they made to found Microsoft. 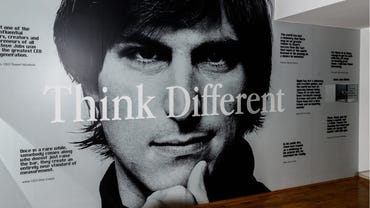 Working out of a Silicon Valley garage, Steve Jobs and Steve Wozniak founded Apple Computer in 1976. The new company would produce personal computers and skyrocket to the top spot in the tech industry. Decades later, Apple continues to innovate in personal computing devices. 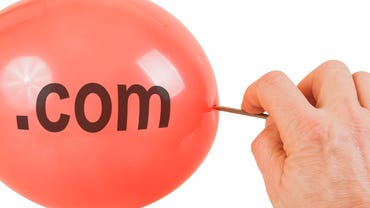 What did computer science history look like in 1980? Few homes had personal computers, which were still quite expensive. Compare that situation to today: In 2020, the average American household had more than ten computing devices.

What changed? For one, computer science technology took some major leaps forward, thanks to new tech companies, demand for devices, and the rise of mobile technology. In the 1990s, the Dot-com boom turned investors into overnight millionaires. Smartphones, artificial intelligence, Bluetooth, self-driving cars, and more represent the recent past and the future of computer science.

It's hard to fully grasp the impact of computer science development. Thanks to computer science, people around the world can connect instantly, live longer lives, and share their voices. In diverse computer science jobs, tech professionals contribute to society in many ways.

This section looks at how the history of computer science has shaped our present and our future. From fighting climate change to predicting natural disasters, computer science makes a difference.

1. Connects people regardless of location

During the COVID-19 pandemic, millions of Americans suddenly relied on video chat services to connect with their loved ones. Communications-focused computer science disciplines link people around the globe. From virtual communications to streaming technology, these technologies keep people connected.

2. Impacts every aspect of day-to-day life

Millions of Americans wake up every morning thanks to a smartphone alarm, use digital maps to find local restaurants, check their social media profiles to connect with old friends, and search for unique items at online stores. From finding new recipes to checking who rang the doorbell, computer science shapes many choices in our daily lives.

Computer science algorithms make it easier than ever before to predict catastrophic weather and natural disasters. Thanks to early warning systems, people can evacuate before a hurricane touches ground or take shelter when a tsunami might hit. These computer science advances make a major difference by saving lives.

Global issues like climate change, poverty, and sanitation require advanced solutions. Computer science gives us new tools to fight these major issues -- and the resources to help individuals advocate for change. Online platforms make it easier for charities to raise money to support their causes, for example.

Computer access opens up a whole new world. Thanks to computers, people can learn more about social movements, educate themselves on major issues, and build communities to advocate for change. They can also develop empathy for others. Of course, that same power can be used to alienate and harm, adding an important layer of responsibility for computer scientists developing new tools.

Electronic medical records, health education resources, and cutting-edge advances in genomics and personalized medicine have revolutionized healthcare -- and these shifts will continue to shape the field in the future. Computer science has many medical applications, making it a critical field for promoting health.

By practicing computer science ethically, professionals can make sure the future of tech positively and productively benefits society while also protecting the security, privacy, and equality of individuals.

Join Discussion for: Computer Science: The History of Computer...