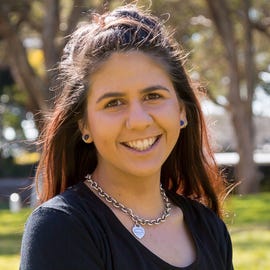 With a degree in Communications, and a background in technical writing, Asha has left the engineering world and joined the ZDNET team in Sydney as a journalist.

Gordon Legal on robo-debt class action: It was never meant to be a Royal Commission

In addition to highlighting its work was not in lieu of a Royal Commission, the law firm that brought on a class action against the Commonwealth believes the minister's claims of public interest immunity are no longer relevant as the legal proceedings are all but officially over. Meanwhile, Labor has asked again for a Royal Commission.

As former Labor Leader Bill Shorten says, relying on a computer algorithm was a 'stupid idea'.

November 3, 2020 by Asha Barbaschow in Legal

A claim has been filed with the Federal Court of Australia against the Silicon Valley giant over its app store practices, which claims the company breaches Australian Consumer Law.

Australia's corporate regulator has charged Steven Oaks with 115 offences for unauthorised access to data held in a computer, insider trading, and destroying or concealing books required by ASIC.

The ACCC has instituted proceedings against Kogan, alleging it made false or misleading representations about a 10% discount promotion.

The SEC is suing Kik over its $100m Kin token ICO

Kik's CEO said he will be challenging the claims and had been expecting SEC action for 'quite some time'.

Reuters is reporting the search engine giant is expected to be hit with a second EU antitrust fine, this time over Android monopolisation.

Sydney Uni IT department under investigation again by ICAC

The head of projects at the University of Sydney has found himself under investigation by ICAC, following allegations that he dishonestly awarded IT contracts over a 17-month period.