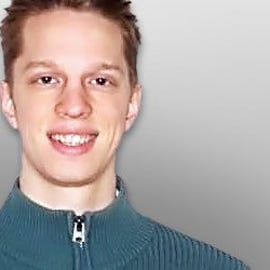 Emil is a freelance journalist writing for CNET and ZDNET. Over the years, he has covered the tech industry for multiple publications, including Ars Technica, Neowin, and TechSpot.

Emil has nothing to disclose.

Apple and Facebook have a complicated history, but their relationship could get better. Apple CEO Tim Cook considers Facebook a friend and believes "the two companies could do more together."

Google co-founder Sergey Brin has written a Google+ post clarifying his statements about Facebook and Apple threatening Internet freedom. Brin says he admires both companies in the end.

Apple is working hard to fight the hacking of its In-App Purchase program for iOS. So far though, the company's attempts have not deterred Russian developer Alexey Borodin who apparently wants Cupertino to fix the underlying problem rather than just trying to block his in-appstore.com service.

Facebook Credits are already used online by many businesses for various purposes. Plink has launched a Facebook Credits loyalty program that takes the virtual currency offline too.

Facebook co-founder and CEO Mark Zuckerberg says he admires Amazon, Apple, and Google. There's a company missing from his list though: Microsoft. Are you surprised?

The late Apple co-founder Steve Jobs gave advice to Facebook co-founder Mark Zuckerberg, according to a recent interview. Zuckerberg also reacted to Jobs' compliment about him.

November 9, 2011 by Emil Protalinski in Apple

A new Mac OS X Trojan referred to as Backdoor.OSX.SabPub.a or SX/Sabpab-A is also exploiting Java vulnerabilities in a way that requires no user interaction. It is being used in targeted attacks.

Apple QuickTime version 7.7.2 is out, fixing 17 security vulnerabilities in the multimedia framework. This is a security update, meaning no new features have been added. You should still update.