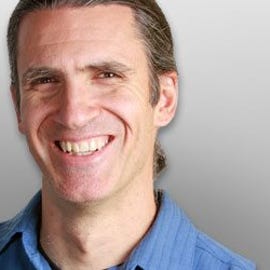 John Fontana is a journalist focusing on access control, identity, privacy and security issues. Currently, he is the Identity Evangelist for strong authentication vendor Yubico, where he writes and edits a blog, as well as, directs several …social media channels and represents Yubico at the FIDO Alliance. Prior to Yubico, John spent five years with identity vendor Ping Identity. He also spent 15 years as a senior editor for a variety of publications, including Communications Week, Internet Week and Network World, where he focused on enterprise topics including collaboration, directories, network infrastructure, databases, open source, ERP and security. He covered IBM, Microsoft, Cisco, Oracle, Red Hat, Google among other enterprise vendors. His work has also appeared in the New York Times, CNN, CIO and Mashable.

John Fontana is a journalist focusing in identity, privacy and security issues. Currently, he is the Identity Evangelist for cloud identity security vendor Ping Identity, where he blogs about relevant issues related to digital identity.

2016 was year of progress vs. pilfering

Passwords have a dopey equal in Things on the Internet

Aging, outdated systems make techniques such as ransomware common and hard to defend

Doubt shaping up as the most sinister hack consequence

​Enterprises should be taking notes, as cyber warfare in the US election is revealing the kill-shot tactics of hacking.

Enterprises risk becoming part perpetrator based on their reporting on hacks

Survey shows 83 percent of respondents share concern over ID theft within one to two years.